With Middle East slipping once again to fire and violent sectarian conflict, the Vatican and several other human rights groups assess that 100,000 Christians are killed each year because of their faith. The "Great Powers" weighting their response seem puzzled. In the meantime, Christians continue to die every day.

While America is still debating whether the country should recognize and honor the centennial of the Armenian genocide, a Boston University professor believes that the past may be able to provide us some lessons for addressing the geopolitical tribulations of the present.

Journalism Professor Lou Ureneck penned "The Great Fire," a book delineating the dramatic last days of the cosmopolitan city of Smyrna, the last bloody episode of the Christian genocide that occurred in the shores of Turkey on the beginning of the 20th century. 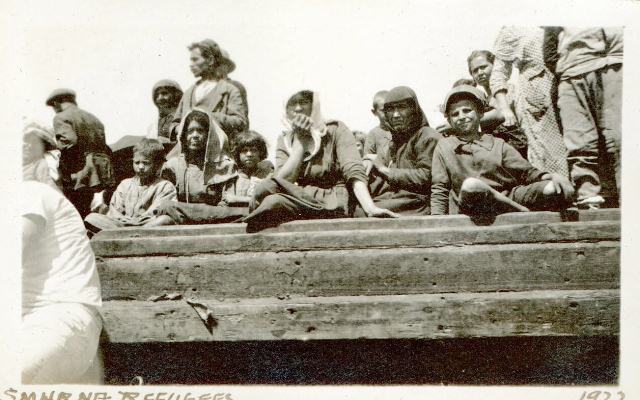 "The Great Fire" combines a scrupulous archival research with a powerful, engaging, and suspenseful form of non-fiction dramatic narrative.

Ureneck's initial motivation was to bring in life the unsung and forgotten story of two American heroes who spearheaded an adventurous rescue mission that ended up saving the lives of 1 million Christians in Anatolia. 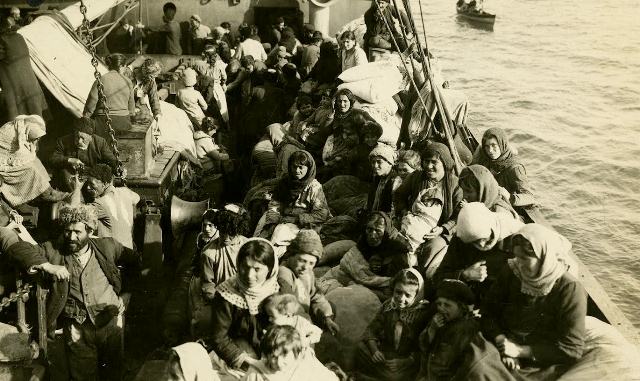 But it soon became a wider story that shed light into the diplomatic negotiations that took place behind the public scene in Istanbul and Washington.

"The Great Fire" is not merely an attempt to bring new insight into the dramatic events of the first genocide of the 20th century.

By paying extraordinary attention to the individual stories that weave the cloth of his narrative, Ureneck's goal is to do justice in history. His wish is to pay tribute to the memories of real people who lost abruptly and violently an ancient world in the flaming inferno of Smyrna.

His big bet, however, is to make the world remember and care about it.

"The story of Smyrna is mostly forgotten," Ureneck said. "This is strange. Smyrna, for all it represents, ought to appear in the same list of place names that carry the burdens of history: Sarajevo and Yalta, for their failures of diplomacy; and Treblinka, Bosnia, and Rwanda for the scale of the killing. Each is a place, and each a history lesson waiting to be unpacked."

The Great Fire: The Forgotten True Story of an American Rescue from Petros Kasfikis (Pkas) on Vimeo.

What is the historic significance of "The Great Fire" and what is the story that you tell through your book?

Smyrna was the final violent episode in a 10 years religious cleansing, a genocide that killed 3 million Christians in Turkey. It is an event with international repercussions and it is an important event in world history. It was one of the worst humanitarian disasters in history up until that point in time. People were pulled into the street, they were killed, shot and knifed: men, women, and children. There was essentially no food in the city. The water pipes have melted, so water was very difficult to get. And the sanitary conditions as you can imagine were awful. The Turkish army set fire to the city. People left their homes to save their lives. And very soon we had this situation where hundred of thousands of people, really an entire city of people, caught in a very narrow promenade; this beautiful walkway that traces the edge of the front of Smyrna. People were jumping in the harbor to avoid being burned into death. Many drowned. The Turkish army was preparing to "march" them into the interior. Well of course that was a phrase for killing them. It was a hopeless and helpless situation. There seemed nothing that it could be done. There were not ships and no one was offering any of them. "The Great Fire" tells one of the great rescue stories in history that hardly anybody knows about. It is worth remembering that during this dark time it was this ray of light. There were at least two men, Asa Jennings and Josie Powell, when put to the test they risked their lives to evacuate the Christians. That is the story that I have told and is one that I would like the world to know.

Can you share some more information about the two protagonists of your book and their role in the evacuation of the Christian population of Smyrna?

Asa Jennings was a priest from New York who was working for the YMCA. He occupied a number of mansions along the Smyrna's waterfront and used them as safe houses for women who had been raped. On the morning of September 20th, Asa Jennings steps out of the safe houses and he sees distantly in the harbor an Italian frigate. He goes to Josie Powell, an American destroyer commander, and says, 'can I have a boat and a sailor to take me out to that frigate. I'll like to see if I can save some people.' Powell says yes. Jennings goes out, parlays with the Italian captain, pays him a bribe, and the captain agrees to remove 2,000 people. They go to Mytilene and Jennings sees all of these empty Greek merchant vessels. He had to think of a way to get them. They weren't just be given to him. So he did some things that we don't typically associate with a Methodist priest. He told a few outright lies, overstated his authority and misrepresented the truth. In a sense, he extorted a foreign government. On the other side, Powell negotiated an agreement with the Turkish military under the nose of his commander who did not favor a rescue. And they did a miracle. In seven days working around the clock, shuttling 50 ships between Smyrna and Mytilene, they removed 250,000. But the story doesn't end there. What was happening in Smyrna it was happening all over Anatolia. People were coming into the beaches and waiting to be rescued. The Patriarch of Constantinople credited Jennings with saving the lives of million people.

By reading your book Jennings seemed an unlike candidate for a hero. What inspired him to become a leader and act in such heroic manner?

Asa Jennings was the least likely hero that you can imagine. In his 20s he had suffered tuberculosis. His spine collapsed. He lost five inches of height and as a result his head looked too big for his body. He was sick every day of his life. Even at Smyrna, he had a fever nearly every day and a lot of pain in his back. So he was a funny looking little man, but he was a very positive and cheerful person who loved people. He was a man of deep faith. His family believed that Asa Jennings needed to put through this disease because God had assigned him a mission in life. And he found God's call in Smyrna. As he was standing in the waterfront, he sensed an overpowering need to do something and as he said he felt the hand of God in his shoulder.

Since he was elected in office, President Obama has refused to use the term "genocide." Why do you believe America has not yet recognized Asia Minor's Christian genocide?

Obama knows that a genocide occurred. We know that because he said so when he was a candidate for president. So why has he chosen not to use the genocide word? Well I can only speculate and I speculate that he is making a kind of a political calculation here. And his calculus is that Turkey is a member of NATO. The U.S. needs Turkey in order to battle radical Islamic militants and ISIS in Syria. So he has selected to keep Turkey on board by not using that term. But I think that U.S. should soon acknowledge and label it a genocide of Armenians, Greeks, and Assyrians. 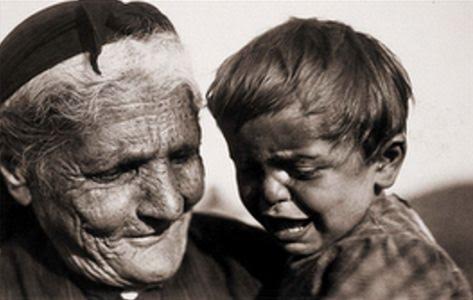 You visited Smyrna and most of the places that you describe on your book. How did this experience and travels contribute to your narrative?

The archival research is important. But I also needed to go there and to see the place and to walk the ground and see where the sun rose and how the wind blew of the water and the color of the sky in the morning. All of this was important. So I traveled as far, almost to Ankara, and worked my way back from Afyonkarahisar, which is the point of the Turkish attack on the Greek line. And I walked the battlefields with a Turkish general who explained me what happened. I walked the waterfront of Smyrna many times with map, postcards and photographs. So putting together the personal feel of the landscape and cityscape that I got by my visits with this mountain of documentary evidence that I had, I was able to neat this narrative together to tell the story of Smyrna through the perspective of several different people.

You decided to write history through a dramatic form of narrative. What do you believe are the advantages of this form of storytelling and history?

There are many ways to do history. The way that I prefer to do it is through the experiences of real people. People are unique and understanding their lives and the context of their decision helps bringing history to life. So the book is historically accurate. It is annotated in the way an academic publication needs to be. But the book reads as a kind of suspenseful novel.

A few years ago a school history textbook, which was written by Mrs. Maria Repousi, sparked intense controversy in Greece about the content of history textbooks. The author labeled her critics as the "nationalist block." Do you agree with this term and what is your opinion about the way that Greeks remember the great fire?

We need to remember what happened in Smyrna. Memory is not a nationalist exercise. If there was suffering and if there was brutality it needs to be told to the students. It is a basic respect for the people who died. I believe in a full and open report in the textbooks about what happened in Smyrna. I think that Venizelos (the Greek prime minister) was acting wisely in trying to build a relationship with Turkey. But it doesn't make sense to me from my perspective as an academic and as a writer to erase history. There was a kind of deliberate forgetting I think that happened in Greece as a matter of ideology and government policy. But I think nations learn to do both. Let's take U.S. for example. The two strongest allies perhaps that the U.S. has now is Germany and Japan. And you know 60 years ago we were in war with these countries. We haven't forgotten how cruel the Japanese were in their prison war camps. And we haven't forgotten, God forbid, the Jewish Holocaust. But that doesn't mean that we still can't build a relationship with these countries. It is a way to move forward: to remember and then reconcile. So I am in favor of learning and teaching history completely.

You can find more information about "The Great Fire" on the official website: http://www.smyrnafire.com/