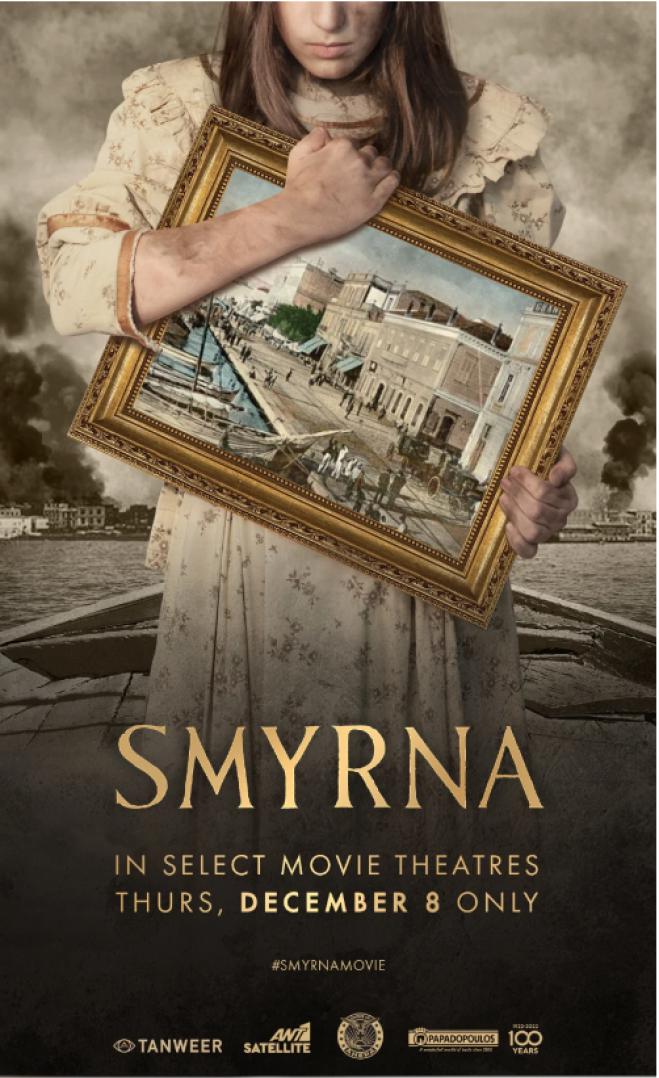 The film "Smyrna",released in Greece under the title "My Beloved Smyrna", based on the play of the same name by Mimi DenisiIn has come under firefrom the Turkish pro-government newspaper Hurriyet.

With the front-page headline "Global film of the invader - Greek propaganda in 100 US cinemas", the newspaper defiantly accuses Greece that "on the 100th anniversary of the liberation of Smyrna" our country will "propagandize" the historical events against Turkey, with the film opening on December 8 in 700 US theaters.

"The film 'Smyrna' accuses Turkey of committing genocide against the Greeks and Armenians in Smyrna during the war and the Greek occupation, while it is presented as the highest-budget production in Greece," the publication states. , clearly annoyed that the high-end Greek blockbuster - with an international cast - will be screened in America.

In the same vein, Hyrriyet continues: "The film, filmed on the occasion of the 100th anniversary of the liberation of Anatolia from Greek occupation - which the Greeks call the "Asia Minor Catastrophe" - will premiere for the first time on November 29 at the Metropolitan Museum of Art in New York under the auspices of the Permanent Mission of Greece to the UN. The film will also be screened at the European Parliament in Brussels on January 11, 2023," he writes, pointing out:

"Filmed in Athens, Lesvos and Chios, the film depicts the liberation of Smyrna from the Greek occupation by the Greek side, which discredits Turkey. In the film, the Baltazi family also speaks out against Kemal Atatürk.

"For so long they [the Turks] were not bothered about the screening of the film in Greece, but now it will be shown in the USA, and on January 11, 2023 at the European Parliament" noted SKAI correspondent Manolis Kostidis.

The newspaper's barbs are also directed at the popular Turkish actor Burak Haki, who plays Halil, the driver and butler of the Baltazi family.

"Burak Haki stated at the premiere of 'My Beloved Smyrna' that he is proud to be a part of this film," commented Hurriyet.