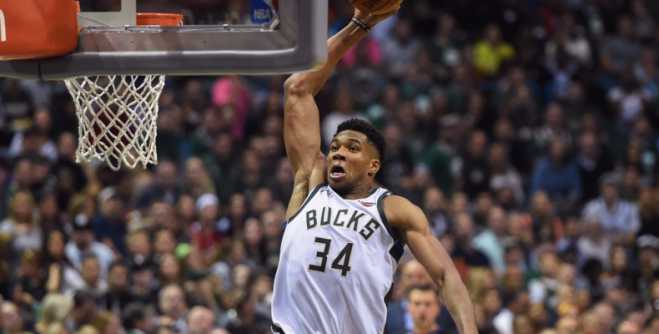 Six years after entering the NBA, ‘Greek Freak’ Giannis Antetokounmpo has been named NBA’s most valuable player for 2018-19!

Milwaukee Bucks star Giannis Antetokounmpo was announced as the 2018-19 Most Valuable Player at the NBA Awards at the awards on Monday night. Antetokounmpo had his best season as a professional, averaging career highs of 27.7 points, 12.5 rebounds and 5.9 assists per game while guiding the Bucks to a league-best 60-22 record.

The MVP caps a season full of accolades for 24-year-old Giannis. He was also a unanimous first-team All-NBA selection, a near-unanimous pick for All-Defensive first team and a finalist for Defensive Player of the Year.

Antetokounmpo has put his name in the history books as the Bucks’ first MVP since 1974 when Kareem Abdul-Jabbar – a three-time MVP in Milwaukee – took home the award. During the NBA Awards show, it was Abdul-Jabbar who introduced Antetokounmpo as an MVP finalist. Antetokounmpo also joined Hakeem Olajuwon (Nigeria), Tim Duncan (U.S. Virgin Islands), Steve Nash (Canada) and Dirk Nowitzki (Germany) as the only international MVPs.

Giannis was very emotional as he accepted his award and spoke of his passion for basketball and how much it has changed his life. The leading NBA star also cried when he said he was dedicating his award to his late father Charles, who died of a heart attack in 2017