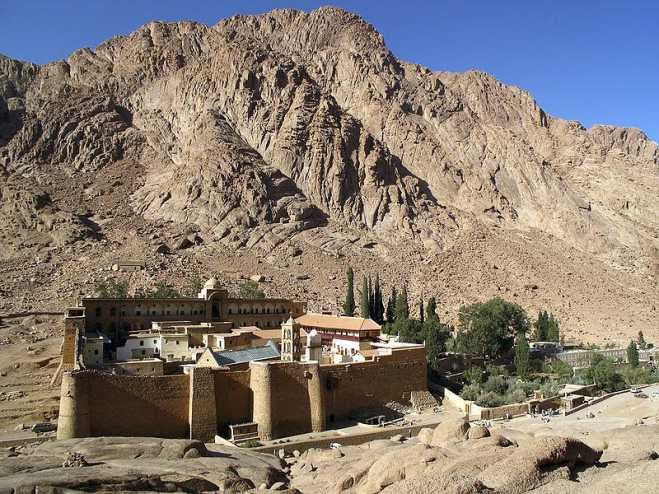 Head of the Islamic, Coptic, and Jewish Antiquities Sector Gamal Mostafa stated on Thursday that the ministry has finished the first stage in the development works of the monastery of Saint Catherine in South Sinai in cooperation with the ministries of local development, culture, environment, housing and the Information and Decision Support Center (IDSC).

Mostafa added that he inspected the project works in the monastery of Saint Catherine under the supervision of the Supreme Committee for coordinating, raising efficiency for and developing the monastery.

Mostafa clarified that the works included the pavement of roads leading to Monastery of Saint Catherine and Mount Moses, developing a running parking for tourist buses and cars, raising efficiency of all services in the area of bazaars, baths and clinic, and setting up an electronic security system equipped with “x-ray” devices connected to a control panel linked to surveillance cameras.

Catherine of Alexandria was a Christian martyr sentenced to death on the breaking wheel. When this failed to kill her, she was beheaded. According to tradition, angels took her remains to Mount Sinai. Around 800 AD, monks found her remains and built the monastery