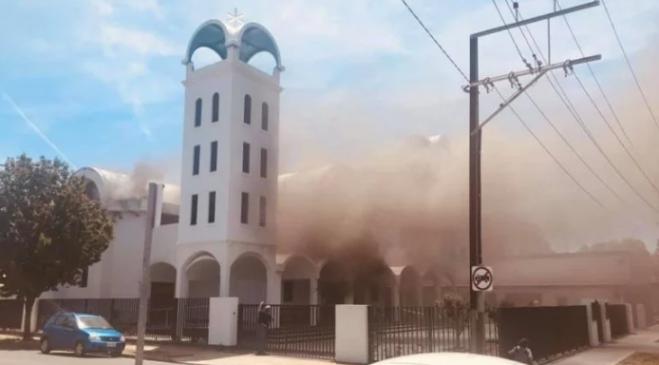 On the Feast Day of Agios Nikolaos, the Port Adelaide Greek Orthodox Parish, The Nativity of Christ, has gone up in flames and thick smoke.

Just after 2pm today (Friday 6 December) police and fire crews were called to the intersection of Church and Dale Streets, after reports of a large fire at the front of the church. Several people were evacuated from inside the premises, and there are no reports of any serious injuries.

Multiple crews are on the scene and the church had just been fully renovated.

The MFS said the fire was contained just before 3pm. Crews are working to ventilate the building of smoke. The damage bill is estimated to be in the hundreds of thousands of dollars and investigators are now examining the cause of the fire.

Religious relics and icons inside the church are believed to have been saved by MFS personnel.

Road restrictions are in place, and police have advised people to avoid the area if possible.