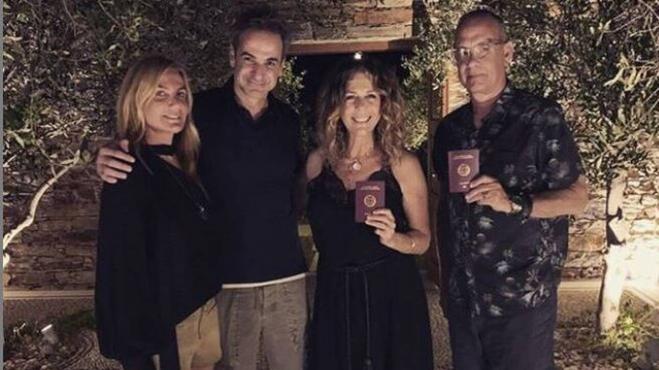 Greek passports were received by the couple Tom Hanks and Rita Wilson who had a relaxed meeting with the Prime Minister and his wife in Antiparos.

The meeting with Kyriakos and Mareva Mitsotakiσ took place last night in Antiparos where the famous actor and his wife have a house.

It is noted that last December, Tom Hanks became a naturalized Greek by the President of the Republic, Prokopis Pavlopoulos, on the initiative of the Greek Prime Minister. Both the award-winning actor and his wife, who is originally from Epirus, often visit our country.

The couple has been photographed many times celebrating Easter in America according to Greek customs and has repeatedly stated that they love Greece.