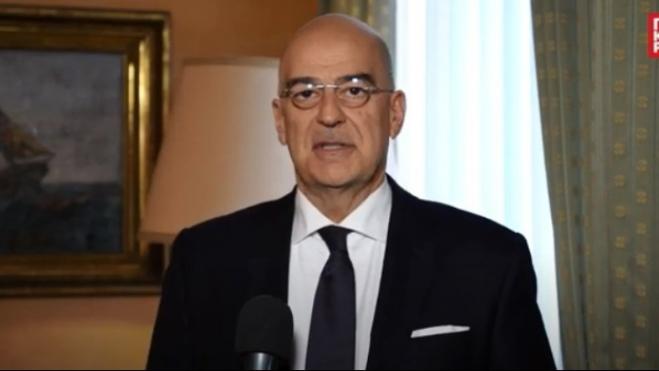 The Minister of Foreign Affairs, Nikos Dendias, arrived in Odessa at noon.

The Minister of Foreign Affairs, who transports humanitarian aid to deliver it to the municipal authorities of the city, immediately after his arrival visited the Greek Consulate General in Odessa, the only functioning consulate of an EU member state, where he met with representatives expatriate organizations. Nikos Dendias expressed the full support of Greece to the Greek community and was informed about the challenges after the Russian invasion of Ukraine.

Dendia's visit to the Museum of Friendly Society

He then visited the Museum of the Friendly Society - Filiki Etairia, where he laid flowers at the Monument of the Oath of Friends.

It is noted that the plane that transported him from Athens, landed at the airport of Chisinau, where he was received by the Greek Ambassador to Romania (with parallel accreditation in Moldova) Sofia Grammata and then crossed the Moldavian-Ukrainian border to Ukraine.

The announcement of the Foreign Minister for the Dendias visit
According to the relevant announcement of the Ministry of Foreign Affairs, the purpose of the visit, apart from the transfer of aid, is to establish a permanent mechanism for the distribution of humanitarian aid, to meet with members of the Greek community, to reopen the consulate general in the city, and to visit and assess the situation. places inextricably linked to Greek history, such as the Friendly Society Museum.