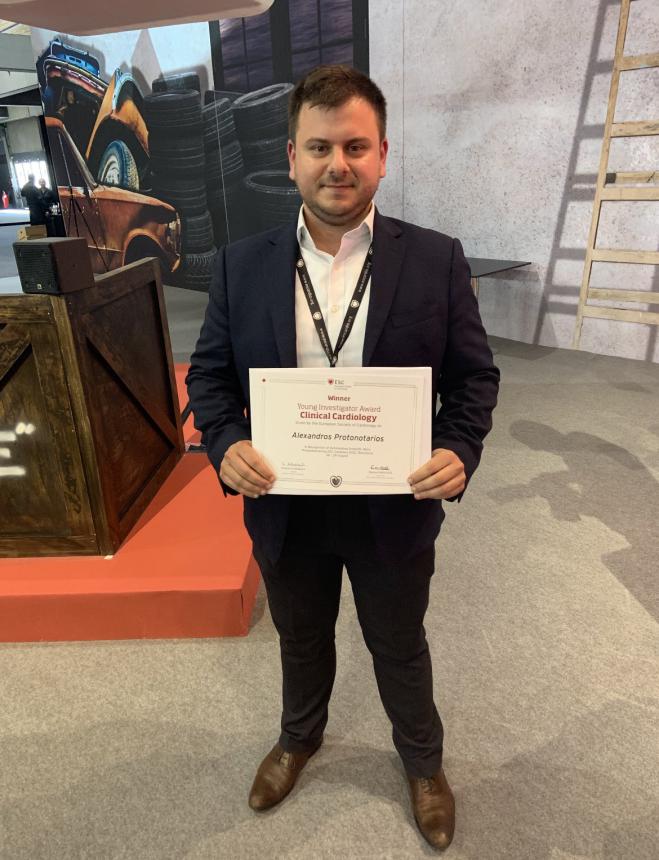 Originally from Naxos and studying at the University of Crete, he arrived in London in 2015 and began an investigation into sudden death, which causes many deaths especially among young people.

Alexandros Protonotarios cardiologist-researcher, whose research on predicting the risk of sudden death in patients with arrhythmogenic cardiomyopathy, won the best young European cardiologist researcher award for original research and scientific excellence at the pan-European cardiology conference 2022.

Cardiomyopathy is one of the leading causes of death in young people. Many patients have been diagnosed and we are trying to predict who are more likely to have an episode, explains Mr Protonotarios. It occurs in young people who often die unexpectedly during sports activities.

“We end up monitoring thousands of patients, but we don't know when it will manifest. What is found is that it depends on the genotype of the patients. We are trying to identify which gene is responsible, but this varies from patient to patient. With the ultrasound of the heart, cardiomyopathy can be detected, but the safest test is the molecular one.'

A literally life-saving means for the sufferer of this particular disease is the placement of an implanted defibrillator, something like a pacemaker, which will cause a small electric shock, restoring the function of the heart muscle, notes Mr. Protonotarios.

Research continues and the hopes of predicting the disease and treating it before it becomes fatal have been placed in the capable hands of a truly important scientist.