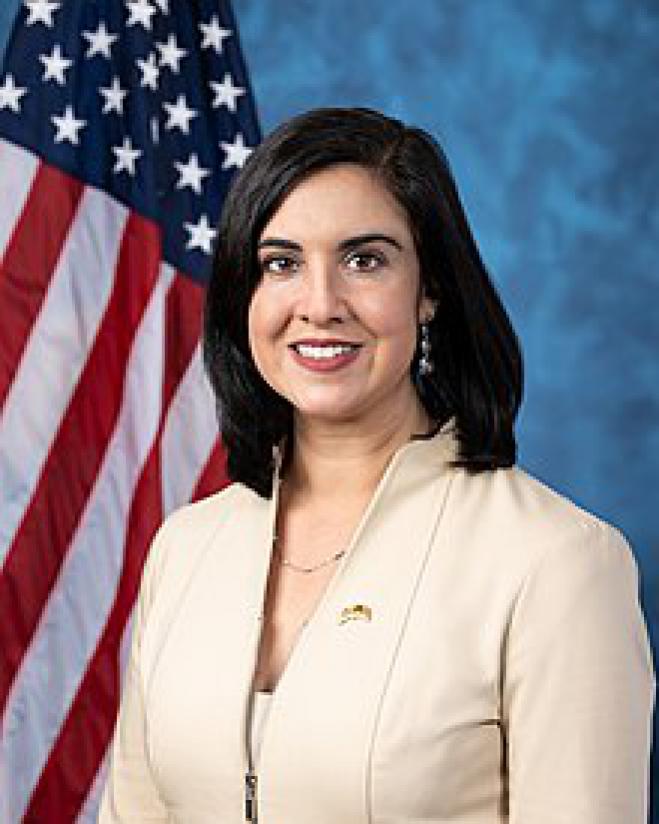 Congresswoman Nicole Malliotakis (NY-11) today released the following statement and attached report card recapping her first 100 days in office representing New York's 11th Congressional District:
“My office prides itself on its outstanding constituent services, helping residents cut through bureaucracy and red tape, bringing federal funding to the district and back into the pockets of taxpayers. Among those we've been able to help in my first three months in office include helping a young woman who was adopted 18 years ago finally become a U.S. citizen, assisting a local grocery store about to close its doors receive nearly $200,000 in PPP loans and getting an injured police officer the disability payments he had been waiting for since 2014. My team and I are focused on getting things done for the residents of Staten Island and Southern Brooklyn, and while these are a few significant examples of the cases we've closed, the good news is we are just getting started. We are extremely proud of the success we've had in the first 100 days and are looking forward to the work we'll do in the years to come."
Malliotakis' achievements can be found below: 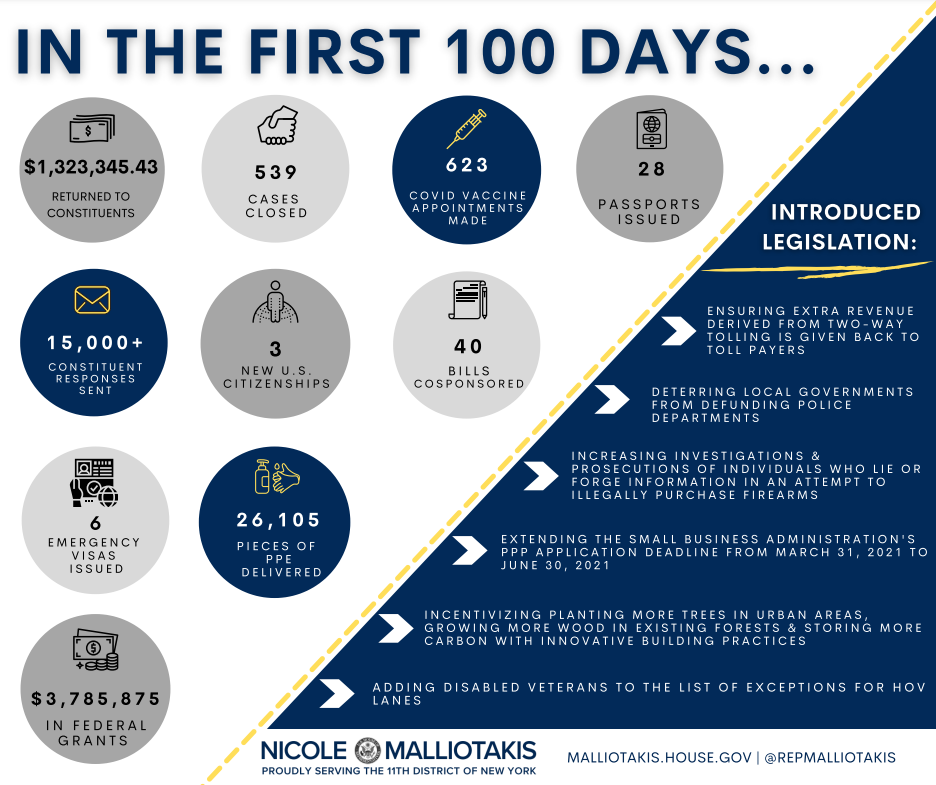 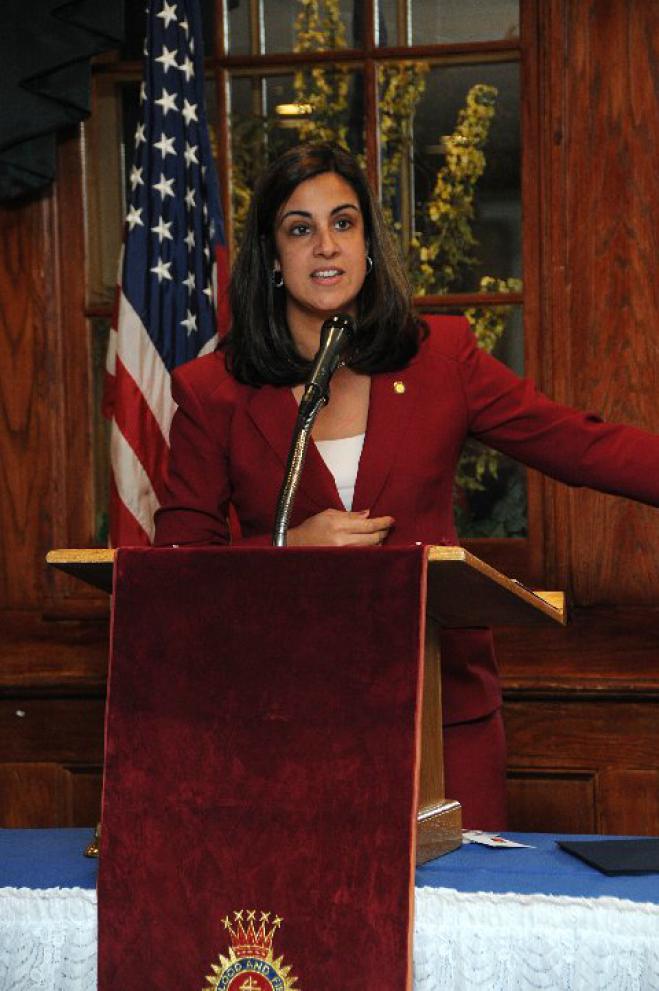 Nicole Malliotakis was sworn in as the representative of the New York's 11th Congressional District and sent a message of hard work for her term in office. 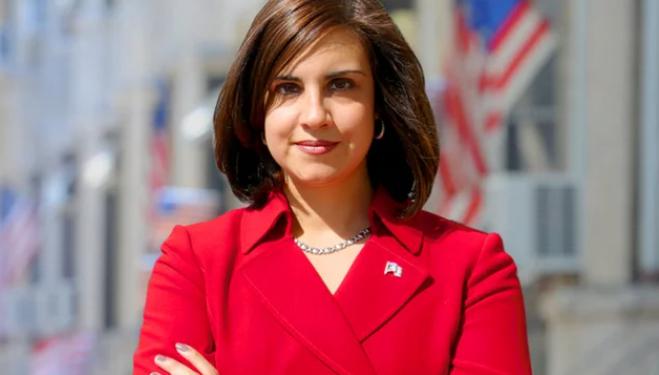