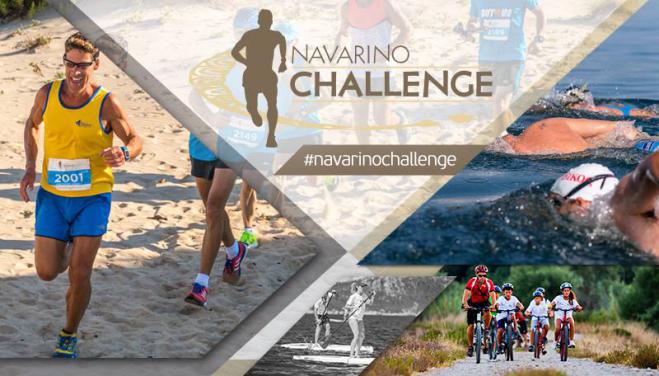 One of the best wellness programs in the world, the Navarino Challenge, was organized for the 9th year with the participation of people of all ages and all abilities in Costa Navarino and Pylos, Messinia, on October 15-17, 2021.

The Navarino Challenge had more than 1,300 entries that enjoyed a full program with dozens of sporting activities. The event - hosted by The Westin Resort Costa Navarino - with the central message, "sport unites" followed the purpose of the Olympic Movement, which is to contribute to building a peaceful and better world, without discrimination through sport.

The Navarino Challenge was an oasis of well-being during the three days, despite the difficult weather conditions that prevailed throughout the country. The activities took place in the presence of Olympians who participated together with amateur athletes, in a completely safe destination. The top celebration of sports tourism brought together athletes, families, and children from 17 countries including Belgium, France, Germany, United Kingdom, USA, Spain, South Korea, Netherlands, Sweden.

Revival of the standing jump by Tentoglou
The event, having decided to promote and highlight the work and life of the great Greek Olympian from Pylos, Konstantinos Tsiklitiras, performed for the first time the of the standing jump in honor of Tsiklitiras in the presence of Gold Olympian Miltos Tentoglou and Yipos Pomaski on The Dunes Beach, in Costa Navarino. At the same time, the two great personalities of sports visited the restored paternal home of the Olympian, Tsiklitiras in Pylos which is a museum and houses the Library and Gallery of the city with rare documents, paintings, historical maps and many interesting exhibits, in the presence of Mayor of Pylos-Nestos Mr. Panagiotis Karvelas and the descendant of Tsiklitiras, Mrs. Pepita Tsklitira.

An evening dedicated to great sports personalities
Saturday night was Greek again, with the Grand Sponsor of the event, Samsung, welcoming participants to the special night "Award Night Powered by Samsung". Miltos Tentoglou was awarded for his contribution to sports by Giorgos Panageas, Facilities Management Director of Costa Navarino. world champion of boccia Grigoris Polychronidis and Katerina Polychronidis - Patroni were awarded by Mr. Elias Lymperis, Media Manager of Vikos SA.

The Olympian and MVP of Eurobasket Evina Maltsi was honored by the owner of Sportadore and exclusive distributor of Luanvi in Greece, Mr. Manos Sifakis. The only Greek woman who has conquered the 7 highest peaks in the world, Christina Flampouri, was awarded by the President of the Pylos Tourism Development Association and owner of the Poseidonia Restaurant in Pylos, Mr. Vassilis Vrettakos. The great wheelchair basketball and fencing athlete Georgia Kaltsi was awarded by the member of the Board. and Public Relations Officer of the Hellenic Basketball Federation, Mr. Konstantinos Asimakopoulos.

The evening closed with the Greek-American marathon runner and ambassador of the event Konstantinos Karnazis, who was awarded for his participation in 10 marathons of Run Messinia, in 10 consecutive days, 200 years after the Greek revolution of 1821, by Mr. Byungmoo of Samsung Electronics Hellas. In the aftermath of the event, the supermarathon athlete Karnazis said: "The 9th Navarino Challenge was a celebration for Greece, sports and the pursuit of excellence. In the 200 years of Greek Independence, nothing made me more proud than running to the top "A beautiful 21 km race on earth and in this place, where our ancestors fought to save and protect him. Next year will mark the 10th anniversary of the event and I look forward to the Navarino Challenge 2022!"

The evening was co-hosted by Euroleague legend Joe Arlauca and former basketball player, sports journalist and dynamic Euroleague reporter Dora Panteli. In fact, Joe Arlaukas was expecting a surprise from the organization and Trace ‘N Chase, as in the context of his awards he was given as a gift a signed appearance of the NBA legend, Julius Irving.

5km Powered by Samsung & gifts Galaxy Fit2 !!
On Sunday, the runners had the opportunity to run in the Half Marathon 21.1km together with the Greek-American super marathon runner Konstantinos Karnazis, on the 10km route. by Caterpy and the fun 5km route. Powered by Samsung. Starting from the Navarino Dunes of Costa Navarino, they ran along the coast to Pylos and crossed the beautiful beach of Voidokilia, passing by the lagoon of Gialova.
At the finish, a unique gift awaited all participants in the 5km Powered by Samsung. They each acquired a Galaxy Fit2. Respectively, the participants in the 10km by Caterpy received the special laces, no tie laces, of the company.

At the same time, hundreds of younger friends participated and gave smiles in the children's route of 1km, which took place for children aged 10-14 years and up to 9 years.

Wellness activities for the whole family
The Navarino Challenge program gave the world the opportunity to get closer to sports and learn the benefits it offers, alongside top instructors. More specifically, the following actions took place:· Exclusive taekwondo lesson Powered by Samsung with the double silver Olympian Alexandros Nikolaidis· Basketball lessons, for children aged 5 to 16, with the Olympian Evina Maltsi & the Euroleague Legend Joe Arlaoukas· Beachathlon for parents & children aged 6 to 13 with Olympian and European champion Periklis Iakovakis· Navarino Challenge King of the Court Beach Volley Tournament Powered by Samsung and beach volley lessons Powered by Samsung, with the former international Greek volleyball player and record holder with the National Team of Greece, Michalis Triantaphyllidis and the support of Triantafyllidis Beach Arena.· 4on4 basketball tournaments· Boxing lessons with the champion Christos Gatsis & the Vizantinos Target Sport Club· Kick boxing lessons for young and old with the champion Alexandros Nikolaidis

- Tennis Tournament with the support of the Mouratoglou Tennis Center - Costa Navarino, in the new impressive courts of the academy

- Cycling in Voidokilia in collaboration with Navarino Outdoors

Presentation of research on Greek sports tourism
As part of the event, the first findings of the sports tourism research conducted by the event in collaboration with Deree - American College of Greece were presented in a closed circle.

The value of volunteering
The support offered by the volunteers of Deree - American College of Greece was very important.

The undisputed contribution of the sponsors
Throughout the three days, participants had the opportunity to get up close and personal with Samsung's new line of foldable smartphones, discover amazing deals on smartphones, wearables & TVs and make their purchases easily and quickly from the Samsung eShop.

At the same time, the company Vikos supported the event as an Official Sponsor with the Natural Mineral Water Vikos and the Natural Mineral Soft Drinks Vikos spreading the message of the sports ideal and the noble competition, while offering the necessary hydration and rejuvenation to all.

The Grand Sponsor and Official Technology Sponsor of the event was Samsung Electronics Hellas.Official Sponsor was the Natural Mineral Water Vikos.Luanvi was the official Supplier of Sports Equipment.Official Sponsors of the Hospitality were Costa Navarino and The Westin Resort Costa Navarino.