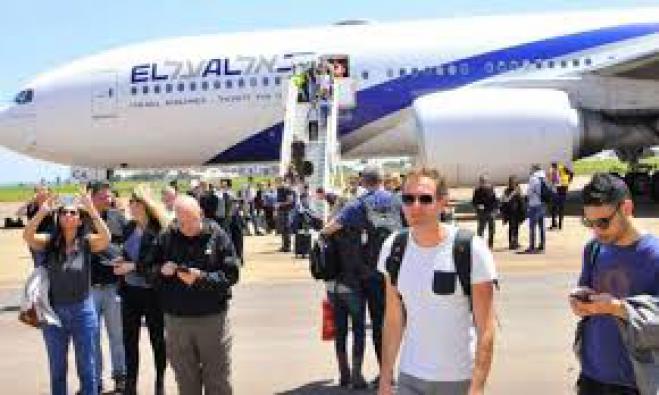 "The number of Israeli tourists is growing dramatically every year"

"It is possible to further increase this number through the emergence of new destinations, tourism experience and high incomes." With these words - speaking to i24news, one of Israel's largest television networks - Minister of Tourism Haris Theocharis concluded his presence at the 26th IMTM 2020 International Tourism Fair, held in Tel Aviv.

"Nearly 1m, Israeli tourists vacation in Greece"
During the inauguration of the Fair, the Greek minister met with Israeli Tourism Minister Yariv Levin, where they agreed on the need to tighten relations between the two countries in the field of tourism.

During his two-day visit to Israel, Mr. Theocharis held meetings with the country's tourism agencies. As he said, "almost a million Israelis went on holiday in our country this year. Our aim is to attract even more tourists, as well as to strengthen relations between the two countries. Israel is a rising power in the tourist inflows in our country and the Israelis love Greece and want to invest in it. "

Mr Theocharis then laid a wreath at the Holocaust memorial site, Yad Vasem, where he emphasized that "the flame of historical memory is and will remain untamed and we owe it to humanity to never allow such a tragedy to happen again."

The Minister of Tourism also visited the High-Tech Park Bayside Negev Innovation Park, a landmark park for innovation and start-ups. Specifically, he went to the Cyber ​​Security Emergency Response Center, where he toured the premises and was briefed on electronic security issues for citizens and businesses.