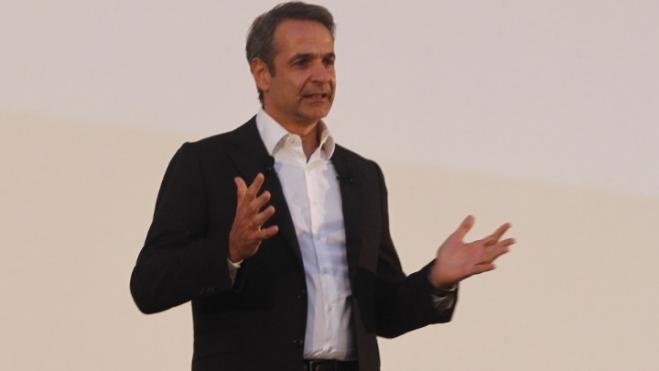 This year was entirely different than expected due to the novel coronavirus pandemic, Prime Minister Kyriakos Mitsotakis said at Egli open-air theater on Thursday night "and this summer will be different than what we planned."

Introducing the "Restart Tourism" campaign at Zappion Hall and a short promotional video targeted to foreign audiences and social platforms abroad,, to encourage tourists to come to Greece, Mitsotakis said that the pandemic "brought a deep economic crisis that we hope is temporary."

The premier said he was encouraged by the Greek statistical service's results for the first quarter of the year, which showed that the recession in Greece was 0.9 pct, a rate that was significantly lower than in other Eurozone countries where it averaged -3.2 pct for January-March. He warned however that the second quarter will be very difficult. "The Greek economy met the coronavirus crisis with great force. The second quarter will be very difficult, and we hope that things will improve from the third quarter on," the premier told the audience.

"In Greece we fared well because we all worked together and listened to the advice of specialists," Mitsotakis said, "and the success in facing the pandemic allows us to return to the new economic normalcy gradually, by opening sectors gradually." Tourism, a sector the Greek economy is tied to in multiple ways, could not be exempted from this gradual reopening, he noted.

Authorities "will be very strict" in terms of ensuring tourism employees keep the measures of personal protection, and if nothing goes amiss internationally, Greece will be able to allow  "almost all countries" to come to Greece, he said, referring to bans of flights from countries with heavy epidemiological loads. As flights from abroad begin on June 15, tourists themselves "will come to a Greece that is the same but at the same time different," the prime minister pointed out. "They will have to observe the basic hygiene protocols invariably. The protection of public health, the safety of visitors and workers in tourism remain our top non-negotiable priority. It is to our advantage that in the summer we will be in open air, where specialists say that the possibilities of contagion are significantly reduced."

It's an opportunity to see things diffently, he added. "Summer is not a season , it's a mentality, a way of looking at things."

"The state is doing whatever it can to help with an unprecedented support package, and the interest-guaranteed loan fund has already received several requests," Mitsotakis said, adding however that the responsibility to overcome the times is collective.

Mitsotakis' brief address was followed by the short "Restart Tourism" campaign video, in the English language, which begins with the question "What makes Greek summer so precious?" and concludes with the wish "Enjoy your Greek summer wherever you are."