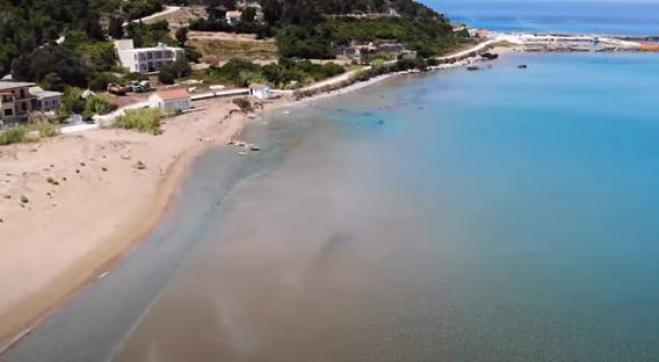 At the northwestern tip of Greece, and just four nautical miles from Corfu, there is a small island called Mathraki, and friend Marinos Charalampopoulos takes us on atour.

Mathraki is the smallest of the Diapontian islands with an area of ​​only three square kilometers, while an old folk interpretation states that in the past the island was burned and thus owes its name to the "anthrakia", ie the coals. An interpretation that is in stark contrast to the present, since the island is covered by dense vegetation with beautiful flowering meadows, but also with endless olive groves that offer natural coverage to the sparsely populated houses of the settlements. As for the endless stone paths along the island that start from the port of Plakes, they always lead to places with panoramic views, giving you the opportunity to explore and admire the beautiful paintings that nature paints, while connecting the two ends. of the island with its two villages, Ano Mathraki in the south and Kato Mathraki in the north.

The permanent residents of the island are few, with huge reserves of hospitality and a serene view, which makes you feel great at first glance. And how could it be different, when on a daily basis, it gets lost in the beautiful blue color of the sea that surrounds the island, and dives into the crystal clear cool waters of the beaches that adorn it?

A peculiarity of this beautiful island, is the endless blue sandy beach of Portello, which with its shallow waters occupies almost the entire northeastern side, up to the port, and is offered for endless swims to all visitors without exception, which may be minimal , but they do not stop looking for the calm and carefreeness that is so generously offered to them.

Why, yes… in Mathraki the visitor has the opportunity to go back to the years of her/his own innocence and feel once again a child, knowing that he is in a blessed place that is calm and time has stopped, wanting to keep in the heart all these elements which nowadays tend to be lost…