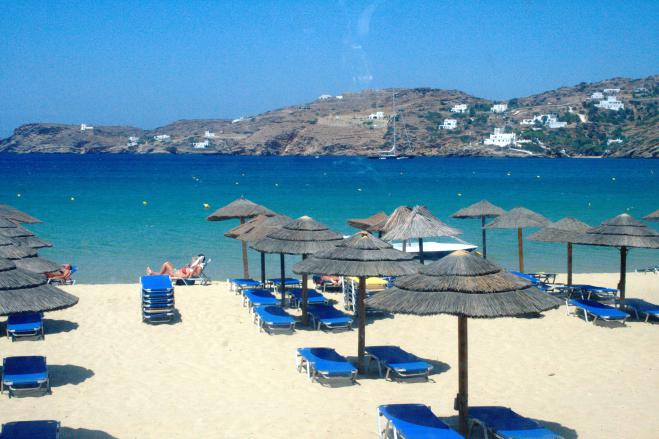 With 20% of the 10,000 hotels nationwide, the official opening of this season in tourism took place and professionals in the industry estimate that all the units will have rolled up before the end of June.

Despite the impressive tributes in foreign publications and the intense flirtation with Greek destinations, no one has any illusions that this year will be easy. On the contrary. As long as the health crisis, the "numbness" of the high number of cases and the uncertainty throughout Europe about mutations, the large percentage of those who intend to travel, will remain hesitant. The most typical case is, perhaps, Germany, while Athens is anxiously awaiting the new signal for the British, from Boris Johnson on June 7.

The image given by industry professionals is that the booking machine started to warm up, but individually e.g. for villas in Mykonos or for hotel complexes cooperating or dependent on foreign travel agencies. Such is the case of TUI, which in the past five years has made large investments in Greece and has every reason to want to boost tourism to our country. Conversely, foreigners have every reason to want to "push" TUI, as it is a large - if not the largest - systemic player in Tourism throughout Europe.

Athens is also following the developments in the two major markets, which were closed to Greece last year, but this year can make a difference. There are, however, new problems that are not related to epidemiological indicators. First of all, Russia is now "open" to Greece, but the Russians have not yet opened their flights to our country, not because of the coronavirus but because of Ukraine! These are financial retaliations against EU sanctions. and as the experts on the subject say, there is a similar problem with Cyprus.

The other case is American tourists. There is a willingness on both sides for travel from the first 10 days of June onwards, but only if there is an agreement with the EU. for the Digital Protocol. The assessment is that the finalization of the technical specifications of the Certificate regarding the EU. will be possible by June 10, but probably not for all countries.

Financing measures
While waiting for tourists, the professionals in the industry are eagerly searching for liquidity. According to information, today at noon there will be an extraordinary teleconference with ministers Staikouras, Th. Skylakakis and K. Hatzidakis on liquidity issues, which are related not only to financing but also to debt settlements. As they typically say, the problem of debts to social security funds is particularly acute, as at present there are no corresponding regulations with those for the tax office, e.g. 48 installments, except for the fixed amount of 12 installments, which is obviously not enough.

In the next few days, the details of the special program of the National Strategic Reference Framework (NSRF) will probably be announced by the Ministry of Development, with an amount that will exceed 430 million Euros, while problems related to the approval and inclusion of tourism companies in the loan subsidy program are to be investigated, that is, "Bridge 2", with the participation so far being subdued.