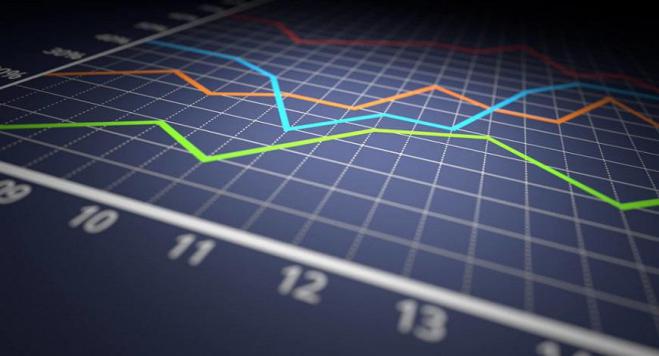 Estimates for the course of the macroeconomic measures of the country are positive for 2022, however, the current developments that prevail at the international level, are estimated to weaken the growth rate of the Greek economy by 1-1.5 percentage points compared to the initial forecasts, ICAP CRIF states in its analysis. The protracted war in Ukraine, the intense inflationary pressures and the surge in energy costs, again create multidimensional problems in the market, creating intense concern and anxiety in the business world.

The Greek economy moved in an upward trajectory in 2021, as GDP strengthened by 8.3%, after the deep recession (-9%) experienced by the country in 2020, due to the health crisis, which created significant problems in the operation of businesses .

With the gradual normalization of the market, starting from almost the middle of 2021, the negative course was reversed and the Greek economy returned dynamically, creating auspicious prospects for the "post Covid" era.

In anticipation of the developments and beyond the positive course recorded by the corporate sector in 2021, the extent of which will be ascertained with the completion of the publication of the balance sheets for the specific year, it is interesting to reflect the trends that characterized the various sectors of economic activity. previous years, as they emerge from the financial data and results of Greek companies.

Clearly, the pandemic conditions and the restrictive measures taken to deal with it, negatively affected the entire Greek corporate sector. However, the implications were different for individual business sectors. There are industries that have recorded significant losses, but also industries that have shown resilience or have been affected to a very low degree.

In general, despite the decline in sales, companies have managed to reduce their operating costs and better manage their costs, thus maintaining or increasing, albeit marginally, profit margins.

In addition, the average rates of return on equity and working capital of the specific sectors have also improved .

At the same time, the domestic economy moved in a positive direction in 2021, after the significant recession suffered in 2020 due to the health crisis. The emergency measures taken by the State to reduce the pandemic (Covid - 19) significantly shrunk the Greek economy, which recorded a decrease in GDP, in terms of volume, by 9.0% in 2020 compared to 2019. However , in 2021, although restrictive measures for the exercise of economic activity were still in force, the negative trend was reversed, as the country's GDP grew at an annual rate of 8.3%.

The upward trend of the Greek economy is expected to continue this year (2022). The European Commission in its report (February 2022) predicts that the domestic economy will grow by 4.9% in 2022. However, this momentum is expected to weaken, to some extent, due to the strong inflationary pressures prevailing in the current period in international level of energy costs and the recent geopolitical crisis (Russian invasion of Ukraine). Certainly the problems that arise are multidimensional and contribute to creating a climate of intense concern and uncertainty for the business sector.

Despite the significant improvement of the Greek economy in 2021, which is expected to be reflected in the financial results of the corporate sector with the publication of balance sheets for this management year, it is interesting to record the trends that characterized various sectors of economic activity in previous years. as they emerge from the financial data and results of Greek companies.

In this context, utilizing the material contained in the SECTOR STUDIES of ICAP CRIF, in this edition the picture presented by 40 selected branches is briefly given, based on the respective studies.

As mentioned in previous editions, the course of the Greek corporate sector during the period 2016-2019 was upward, as there was an increase in sales and net profits, after a period of constant decline in size due to the economic downturn. However, the upward trend was reversed in 2020, due to the sudden onset and spread of Covid disease worldwide, but also in our country since March 2020. The consequences of the health crisis were particularly negative and affected most sectors of economic activity.

In order to give the general picture of the changes that characterized the wider sectors of the economy (based on NACE ranking), some aggregate data are presented, which result from the analysis of the data included in the published balance sheets (fiscal year 2020) of the Greek companies SA and LTD, presented in the latest edition of ICAP CRIF "Greece in Numbers-2022".

The relevant data show that in 2020 the Greek corporate sector showed a decline in both turnover and net profitability.

Specifically, initially examining the companies of the Non-Financial Sector (sample of 20,570 companies) it appears that their total turnover decreased by 11.6% in 2020 compared to 2019 and amounted to € 140.7 billion compared to € 159.2 billion . It is noted that sales decreased in eight of the nine broader sectors of the corporate sector (excluding the financial sector).

The largest (percentage) decrease in turnover was recorded by the Hotels - Restaurants sector (-61.9%), followed by the Transport - Communications sector (-18.8%). Next, with a small difference, are the Other services (-13.0%) and Manufacturing (-12.2%) sectors. Smaller (percentage) decrease was recorded by the other sectors of the corporate sector, while the sector of Agriculture - Fisheries was the only one that showed an increase in its total sales in 2020/2019 (+ 7.3%).

Regarding the overall results of the corporate sector (regardless of industry), in 2020 compared to 2019, the following can be seen:

Administration and disposal expenses as well as financial expenses showed a total decrease of 2.9%.

The above changes contributed to the significant deterioration of operating results, which recorded a decrease of 38.0% in 2020/2019.

. On the contrary, the "reversal" of the non-operating result is noteworthy, which became positive in 2020 from negative in 2019.

At this point it should be emphasized that the net profit results are significantly affected by a large company in the energy sector, which recorded profits of € 67.5 million in 2020 from losses of € 2.3 billion. in 2019.

If the financial data of the specific company for both years are not taken into account, then the total profits of the corporate sector appear reduced by about 50% in 2020 compared to 2019.

It is pointed out that the majority of the 20,570 companies in the sample (63.0%) were profitable in 2020, and their profits prevailed and determined the overall result.  The sectors of Trade and Manufacturing had the largest share in the profits.

In particular, the manufacturing sector showed a decrease in turnover, by 12.2% in 2020/2019. Gross profit shrank at a slightly lower rate (-11.4%), while a significant drop (by 45.3%) was recorded in the overall operating result. Consequently, the contraction of the above figures led to the reduction of net profits, by 43.9% in 2020 compared to the previous year.

In terms of the financial sector, the deterioration of the final net result is noted, recording significant losses in 2020. This development is mainly due to the corresponding change in the overall result of the banking sector and other financial services. Specifically, in 2020 the total revenues of the 13 banks included in the analysis decreased by 2.7%. On the other hand, the other operating income of the sector increased by 53.4%, while operating expenses increased at a much lower rate, by 8.2%. The result of the above changes was the improvement of the overall operating result (by 33.8%). However, the vertical increase of provisions by 94.4% led to the recording of losses in 2020 amounting to € 623.0 million, from profits of € 148.3 million in the previous year.

The insurance industry showed an increase in its financial figures and results in 2020.

Finally, the composite branch of other financial services showed a contraction of its net profits in 2020, which includes companies from the sectors of participations, leasing, stock exchanges, factoring, etc.