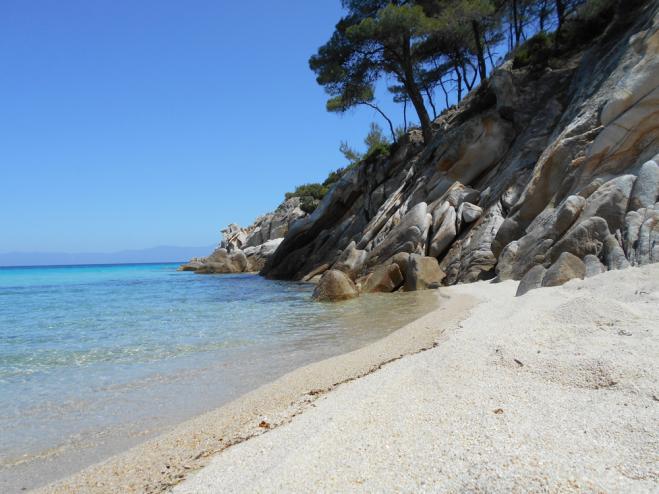 Guardian is the latest international media outlet to showcase a vacation in Greece this summer season, with the UK daily and website posting an article of readers’ favorite beaches on the islands and mainland.

Among others, one pick is the Mazida Ammos in eastern Crete, and specifically in the Sitia region; another is Kanapitsa Beach on the Sporades Island of Skiathos, as well as the dozens of remote and sparkling beaches on the Cyclades isle of Milos.

Doumouhari Beach in verdant Pelion, in central Greece, where the “Dancing Queen” scene from the movie “Mamma Mia” was shot made it to the list, along with Voidokilia, further south in Messinia prefecture.

The previously unknown Psarolakas beach near the inland city of Larissa was a surprise.