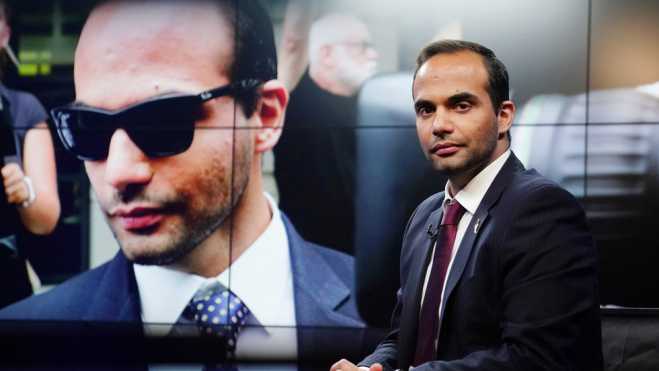 Former Trump aide George Papadopoulos has lifted the lid on US intel’s bizarre attempts to dig up dirt on the Trump election campaign – and on the other countries he thinks may have been involved, including Turkey and the UK.

“I believe the British were actively spying on me as well,” Papadopoulos told Fox’s Tucker Carlson, describing his bizarre, spy-studded trip to London on FBI operative Stefan Halper’s dime, which placed him squarely in the crosshairs of a multinational intelligence operation. Papadopoulos took to Carlson’s show after a New York Times story published Thursday hinted that UK intelligence was aware of the US spy ops unfolding on its soil.

While the Times story suggests the FBI deployed suspected operative Azra Turk because of the agency’s “alarm” concerning possible Russian interference in the Trump campaign, Papadopoulos describes the “very flirtatious” Turk as an obvious spy; she was supposedly Halper’s research assistant at Cambridge University, though she “barely spoke English” and immediately piled on the seduction when they met, so much so that “I was laughing about it,” Papadopoulos said.

Papadopoulos met with at least three spies during his brief tenure as an energy policy adviser for Donald Trump’s 2016 campaign, though he believes there may have been many more, pointing to President Trump’s tweets about “UK interference” as proof the president is also aware of the UK’s active role in the spying campaign allegedly initiated by his predecessor Barack Obama.

Beyond the UK and Turkey, Italy, Australia and Ukraine were also involved in the effort to “overthrow” the Trump campaign, he tweeted.

Papadopoulos has complained in the past about sloppy FBI agents “dropping information in my lap that I did not want regarding Hillary Clinton’s emails in the hands of the Russians,” and he hinted on Thursday that there was more to come regarding Alexander Downer, whom he actually reported to the FBI “because I thought he was spying on me.”