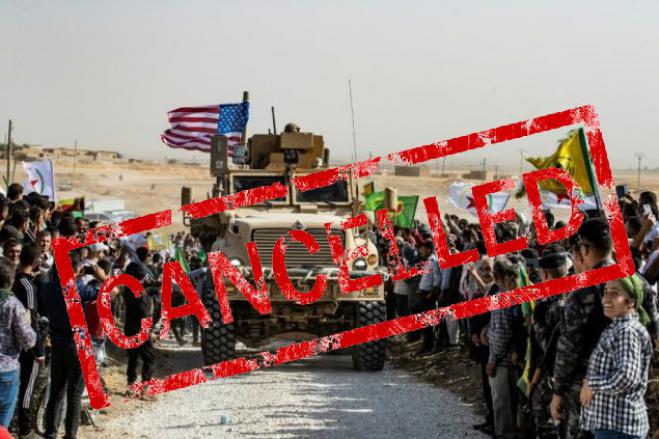 The US on Sunday ruled out any assistance or involvement in Turkey’s planned operation east of the Euphrates River in northern Syria, raising the issue of a “sell-out” of the Kurds who defended and reconquered the area from ISIS terrorists.

In a statement, the White House said Turkey will soon carry out its “long-planned operation” into northern Syria.

“The United States Armed Forces will not support or be involved in the operation, and United States forces, having defeated the ISIS [Daesh] territorial ‘Caliphate,’ will no longer be in the immediate area,” said the statement, using an alternate name for the terror group Daesh.

It came hours after a phone call between Turkish President Recep Tayyip Erdogan and his US counterpart Donald Trump, during which a November meeting was planned, according to Turkish presidential sources.

According to Turkish sources, Erdogan and Trump exchanged views on bilateral issues as well as the planned safe zone east of the Euphrates River, said Turkey’s Communications Directorate.

The US statement added: “Turkey will now be responsible for all ISIS [Daesh] fighters in the area captured over the past two years in the wake of the defeat of the territorial ‘Caliphate’ by the United States.”

The US also accused France, Germany, and other European nations of dragging their feet in failing to take back captured Daesh fighters.