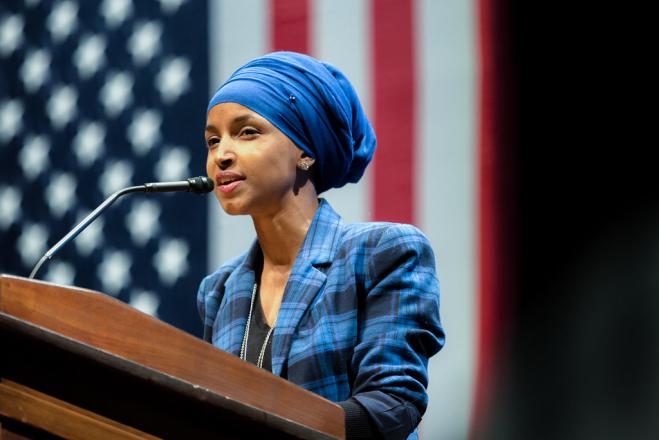 The latest controversy over Congresswoman Ilhan Omar appears to confirm a long speculated rumor that the Somali American refugee married her brother in order to get him papers so he could say in the United States.

Abdihakim Osman, a Somali community leader who was close to Omar’s first husband Ahmed Hirsi, stepped forward to confirm the allegations are true.

Osman, who runs a Facebook page called Xerta Shekh and is shown in photographs with Ilhan Omar’s first husband Hirsi, commented on the abnormalities around the second marriage to Ilhan Omar’s brother Ahmed Elmi.

Speaking with the Daily Mail, Osman said that Omar’s first marriage to Ahmed Hirsi was a big Islamic wedding, which brought together two clans. That wedding wasn’t registered with the state, as is not unusual in the Somali community, .

Then, Osman said, a second, legally registered marriage quietly took place between Ilhan Omar and her brother Ahmed Elmi. The marriage was reportedly performed outside the community by a Christian minister.

In fact, the community did not even know about a second wedding until the media turned up a second marriage certificate. While legally married to her brother, Ilhan had another child with her first husband Ahmed Hirsi.

Osman claims Ilhan Omar and her first husband confided to Osman that Ahmed Elmi was Ilhan’s brother who was living in London and mixing with “bad influences that the family did not like … so they sent him to Minneapolis as a ‘rehab.'”

It’s unclear what the “bad influences” were. However, Osman notes that at the time Elmi was “very feminine in the way he dressed — he would wear light lipstick and pink clothes and very, very short shorts in the summer. People started whispering about him.”

Ilhan Omar is denying the allegations, implying that Osman is being paid off to “generate fake news.” Osman has taken to his Facebook page in a post condemning that accusation and had some choice things to say about Ilhan Omar:

Dalia Al-Aqidi, one of Ilhan Omar’s opponents in the upcoming congressional race for Minnesota’s fifth district, challenged Omar to prove the allegations were untrue.

While the authorities investigate this immigration fraud, there are deeper issues coming to the surface.

“Why was Minneapolis seen as ‘rehab’ for Ahmed Elmi’s implied sexual orientation? Is it because the community is largely closed off to integration and assimilation to broader American values?

The controversy surrounding Ilhan Omar has always raised this issue, largely attacked by mainstream media for being xenophobic toward Minnesota’s Somali community. However, the more that people like Osman speak out, the more we can better understand how America is failing its immigrant communities by allowing them to remain in closed-off enclaves.”