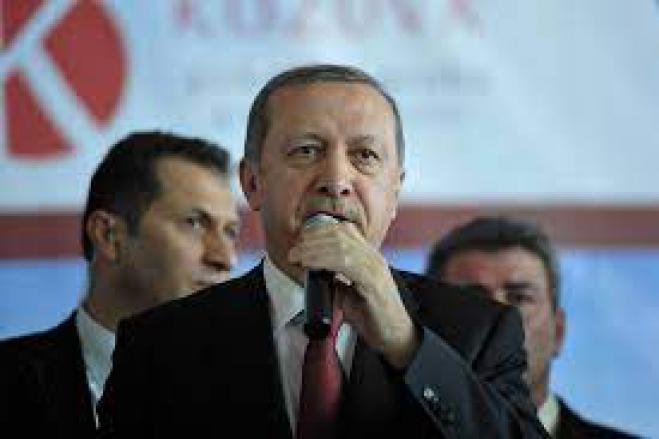 Tayyip Erdoğan's deals with Greece on a daily basis, while he consistently lets loose barbs against the United States as well.

The Turkish president is "messing" with Washington, for the support it provides to Greece.

As SKAI's correspondent from Istanbul, Manolis Kostidis, reports, the Turkish president is complaining that the US is giving fighters to Greece, establishing bases, but imposing sanctions on Turkey.

He also brought up the issue of equipping Ankara from other sources in the event that the US does not grant F-16s to Turkey, apparently meaning the supply of fighters from countries such as France or Russia.

"What are we going to do if we don't get the result we want from the United States in terms of the F-16s? We will take care of ourselves. So you're going to give Greece all kinds of support for the F-16s, you're going to build bases there, but you're not going to give that support to a friendly country like Turkey in NATO and a country that gives all kinds of support to NATO? We are in the first five countries. In this case, Turkey's job is to take care of itself. Otherwise, we don't have a problem with America."

"We belong neither only to the West nor only to the East. A large part of our country geographically belongs to the east. Inevitably, we may find ourselves in a situation where we enter into different pursuits," he specifically stated.

Erdogan's barbs against the EU
At the same time, he fired shots at the EU and emphasized that Ankara will not be accountable to it: "The European Union will keep us for 52 years, it will not let us join it, and then it will say "Why did you meet with him, why did you see the other one ;". See you later. I will meet and when we do these meetings we will not be accountable to the European Union at this point. I will also meet with Mr. Putin and Mr. Xi and Mr. Modi.”