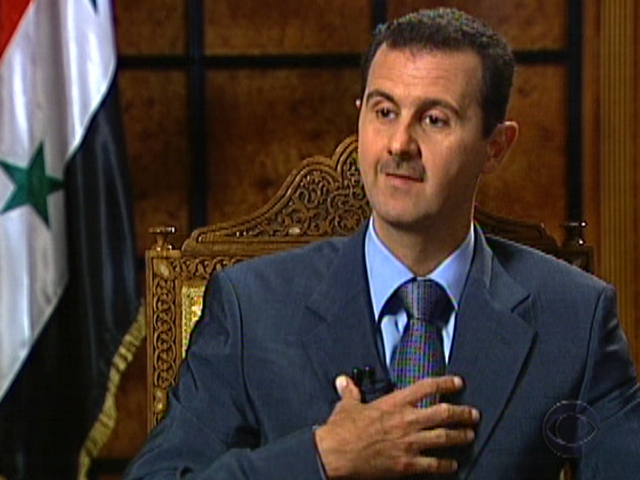 In an interview with CBS's News, Charlie Rose, Mr.Assad stated that his government was not behind a chemical attack that killed and injured hundreds of civilians, and stated that Syria might retaliate if attacked.

Opposition has been raised amongst lawmakers and the American people, since President Obama announced last week that he would seek Congressional authorization for a military strike.

On CNN's State of the Union address, White House chief of staff, Denis McDonough said; "This is not Iraq or Afghanistan; this is not Libya; this is not an extended air campaign," "This is something that's targeted, limited and effective so as to underscore that he should not think that he can get away with this again."

Mr.McDonough also stated on Sunday that the American people's skepticism about the prospect of military action in Syria was "understandable" after a decade of war in Iraq and Afghanistan, however ensured that such a strike would be very different from those wars.
Mr. McDonough said there was no longer any debate about American intelligence on the chemical attack last month, and also stated numerous times that Mr. Assad had repeatedly targeted children.

McDonough appeared on all five major Sunday morning news shows to support the administration's position that Congress should authorize an airstrike against the forces of President Bashar al-Assad of Syria.
President Obama planned a scheduled visit to Capitol Hill this week. The administration faces opposition among both Democrats and Republicans in the House and members of both parties appeared on television on Sunday to criticize the administration.