Hundreds of citizens of different ages came to Union Square, Manhattan, on Saturday, May 24th, to participate in the March Against Monsanto. It publicized the unveiling of recent findings and rallied against politicians. New Greek TV's segment can be viewed below and at: https://www.youtube.com/watch?v=OstUy8od-WA&list=UUo_m2iP9pkJlp7rVxntBXWA.

The hundreds of inhabitants of New York, who took part in this march at Union Square, were determined to fight in every manner possible, the genetically modified products of Monsanto, a multinational chemical and agricultural biotechnology corporation, whose chemical components have been proven to be harmful to people's health.

This march intensified the framework of the overall global march against this multinational company, which took place concurrently in 52 other countries of the world. 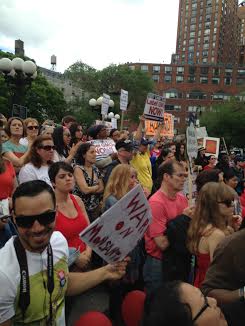 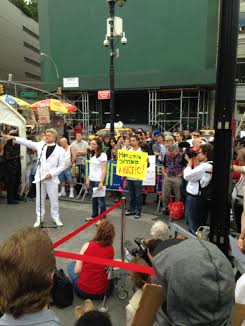 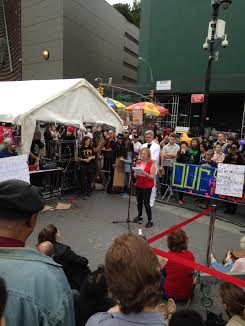 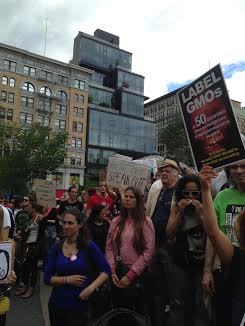 People of all ages and ethnic backgrounds held signs and periodically yelled out slogans, strongly illustrating their disapproval of what was uncovered involving known political figures and Monsanto's relationship with the government. The evidence which was submitted by the speakers was indeed shocking. For example, it was mentioned that the former U.S. Secretary of State, Hillary Clinton, who coincidentally is a presidential candidate for the upcoming 2016 elections, used to be the legal counselor for Monsanto, and Donald Rumsfeld, former Secretary of Defense under the Bush administration, was the CEO of G.D. Searle & Company, which was sold to Monsanto. 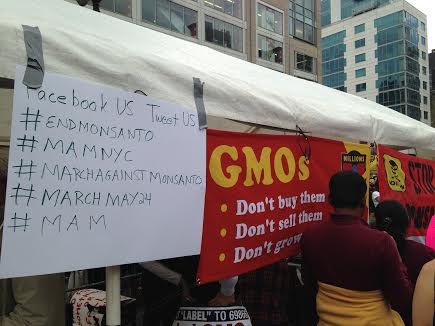 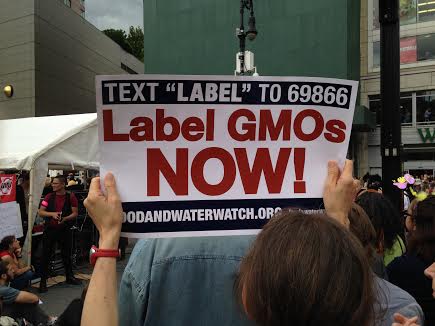 The general sentiment of the speakers was expressed as follows: "What we can do is to boycott their products and cultivate our own...even if it's in our own backyard."

What especially touched those present was a letter read to them, which was written by a woman suffering from cancer, who received medical confirmation that her condition was due to the consumption of the mutated products of Monsanto.

A Greek woman at the Union Square march commented "I believe that if people begin to understand how serious this issue is, they will react. In any case, I was waiting to see more people here today." 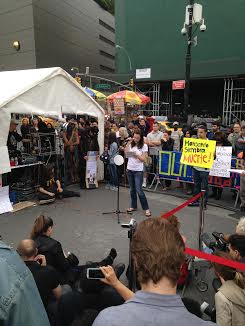 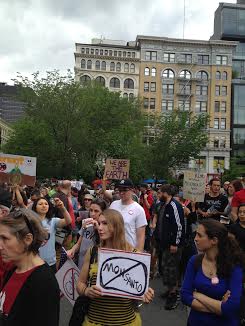 This march, as well as the demonstration that followed in the streets of Manhattan, both took place peacefully. 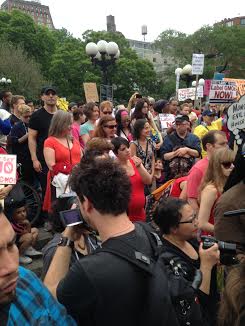