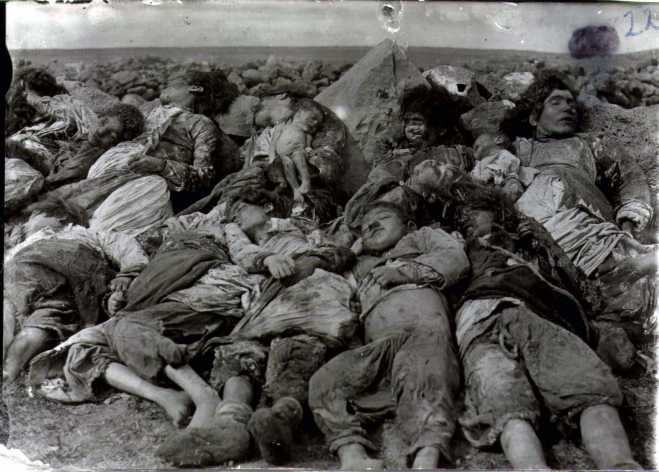 The past two months were somber for Turkey’s historic Christian communities. Each in their turn gathered in remembrance of their ancestors who were murdered, or somehow barely survived, the 1915 genocide perpetrated by Ottoman Era Turkey. A genocide that modern Turkey is eager to deny despite international recognition, to the great detriment of religious freedom throughout the country.

This commemoration was marked by President Erdoğan using every attempt to justify the murder of Christians. Speaking specifically of Armenian believers, Erdoğan tweeted, “The relocation of the Armenian gangs and their supporters, who massacred the Muslim people, including women and children, in Eastern Anatolia, was the most reasonable action that could be taken in such a period.”

Taking it a step further, he wrote to the Armenian Church, “I wish Allah’s mercy upon the other Ottoman citizens, as well, who died because of epidemics and migrations as well as acts of sedition spearheaded by gangs and armed groups that escalated as a result of the weakening of state authority.”

Greek Christians are also not immune to his insults. As he strives to regain control over Istanbul by redoing municipal elections, a propaganda campaign against the winner of the mayorship includes many derogatory references associating him with Greek believers, although the winner himself is neither Greek nor Christian.

It is all part of a government strategy to depict Christians as foreigners who are seeking to undo the Islamic Turkish country which Erdoğan envisions. It is a political strategy in which hate speech opens the door to further persecution of Turkey’s Christians.

Both Armenian and Greek Christians have experienced this firsthand during the past two months. In a moment that shocked the country’s entire Christian community, an Islamic theologian and national TV personality supported by Erdoğan’s government pressured a young Armenian teenage boy to convert to Islam on live programming. The setting of the show was especially concerning; it was the same square where Armenians were imprisoned for their faith during the genocide.

The Armenian Patriarchate was quick to pen a response. It read, “A publication of this nature only produces the impression of religious propaganda and cannot be accorded with the freedom of conscience… It is just sadness to use them (Christians) as a rating tool.”

Garo Paylan, an Armenian Member of Parliament, quickly filed a legal compliant on the basis that this forced conversion was child abuse which follows in the heels of genocide. He said to Bianet, “We (Armenians) have an open wound, and my relatives who were driven to immigration routes during the genocide period have disappeared, and some have gone to Muslim families.”

“Now, wherever I go, everyone says, ‘I am Armenian, my grandmother is Armenian.’ In every family there is an Armenian who is Islamized or some villages are forced into Islam. This of course means that the open wound will somehow bleed again,” he added.

Greek Christians tell similar stories of an open wound from genocide that continues to bleed in Turkey. This was felt quite deeply among Greek Christians just a few weeks after the TV show. In May, an elderly man, Zafir Pinari, was found dead, with evidence of torture, on the island of Imbros.

It is no secret that, even within the past generation, Turkey was still continuing a policy of genocide against Greek Christians. The island of Imbros was especially ill-affected. Legally, it was set aside as a haven for the surviving Greek Christians. Instead, Imbros temporarily became an open air prison for Turkish convicts. Christians were pushed out, with only a few elderly surviving there today.

Dr. Vasileios Meichanetsidis, a Greek Christian historian, shared, “The Greek Christians in Turkey are in a state of extinction and I am afraid there is not much hope for them… the genocidal process continues in one way or another.”

The death of Pinari further heightened these fears among local Greek Christians. It was found that he was tortured because his murderers thought he was hoarding wealth—a common misperception many have of Turkey’s few remaining Christians.

“Be that in İstanbul, in Anatolia or in Gökçeada (Imbros)… Though they are age-old communities and we have been living together for years, people still have the perception that ‘they (Christians) are rich; (that) they are in contact with the overseas and receive instructions from there,” said Laki Vingas, a local Imbros community leader.

Speaking further about Turkey’s ethnic Christians, Vingas said, “We have two main problems: the loyalty of minorities to the country is constantly questioned, and we are considered to be rich people.”

These problems speak to a key root of persecution in modern Turkey: wrong perception, with abusive and sometimes deadly consequences.

It is a perception that the government promotes for the sake of its own power.

It is a perception that allows for the continued denial of historic genocide, so that those policies may continue.

“The main challenge of the remaining Christians in Turkey is simply to survive, physically, religiously and culturally-wise,” concluded Dr. Meichanetsidis. Everything must begin with the issue of genocide which is the worst crime ever committed in Turkey and one of the worst crimes in world history. Turkey must undertake a self-cleansing process…This change, one can hope, will then affect in a positive way the present and the future of the remaining Christian communities in Turkey. Anything less than the above will be hypocritical and utterly inefficient.”