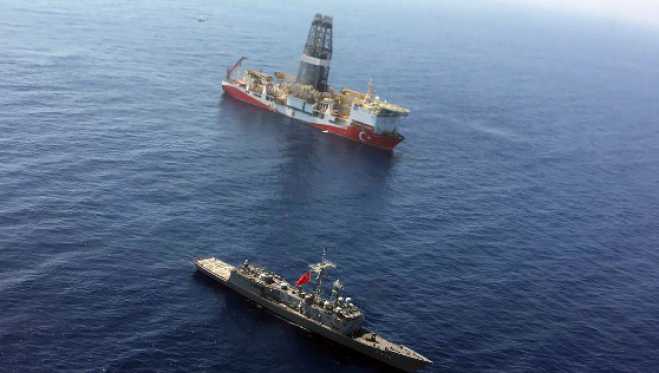 The Turkish Cypriot leader on the divided by Turkish occupation island of Cyprus reissued a proposal Saturday to establish a joint committee with Greek Cypriots in offshore gas drilling activities amid an escalating tussle over energy reserves.

Mustafa Akinci conveyed the idea to the east Mediterranean nation’s Greek Cypriot President Nicos Anastasiades through a U.N. official. The statement said the proposal aims to turn a gas search off Cyprus into a platform for cooperation rather than one of “tension and conflict.”

The committee would be made up of an equal number of members from both communities and would fall under U.N. auspices with the European Union participating as an observer.

Turkey’s foreign ministry said Saturday that it fully backed Akinci’s proposal, which it said would create a “new era of cooperation between the two sides.

Akinci’s formal proposal comes as the EU is preparing sanctions against Turkey for dispatching a second vessel to drill for gas in waters where Cyprus has exclusive economic rights. The EU has condemned Turkey’s actions as an “unacceptable escalation” that breaches Cyprus’ sovereign rights and international law.