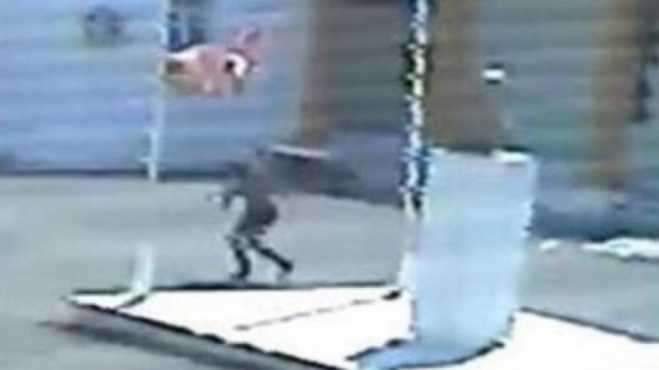 The occupation authorities in Cyprus claim that last Sunday 8 September 2019 a 16-year-old Greek Cypriot student entered the courtyard of the Turkish-run town of Lysi Primary School and lowered the Turkish flag from the mast.

According to CNN Turk, a 16-year-old who allegedly went to occupied Lysi with his fellow villagers, where for the first time, since 1974, the Divine Liturgy took place in the Church of Our Lady.

The video obtained from the CCTV of the Elementary School, now called "Fazil Kuciuk", shows the 16-year-old entering the courtyard and heading for the mast, from where he then takes down the Turkish flag.

Turkish media also say that before he lowered the Turkish flag from the mast, he also took down a photo of Rauf Denktash from a school room.

The occupation authorities are investigating the incident and are trying to identify the 16-year-old, while Turkish Cypriot and Turkish media are widely publicizing the issue.

The ceremony was held in a touching and highly charged atmosphere. Lysi Mayor Andreas Kauris described the incident as a "one-off" with the 16-year-old, who "can in no way overshadow the Lysians' love for their homeland."

See frame by frame as the 16-year-old climbs up the mast and downs the Turkish flag: