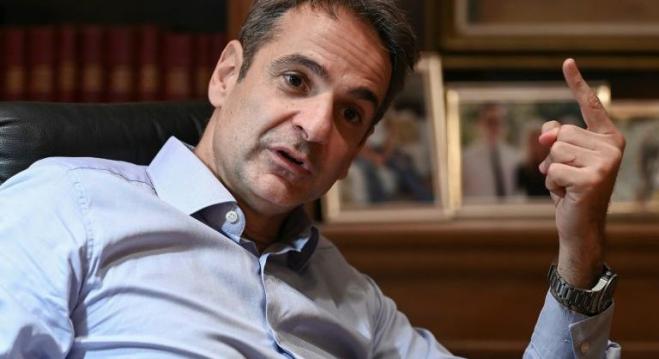 Europe must be ready for the possibility of a new refugee influx, Greece’s Prime Minister Kyriakos Mitsotakis said Wednesday, as an unfolding Turkish offensive in Syria could see more people flee the conflict-ridden region.

Despite the announcement for a five-day ceasefire in northern Syria, It is far from certain if Erdogan decides to send more thousabds of immigrants towards Europe, who will get trapped in Greece.

“Europe must be prepared for the eventuality of a new migratory and refugee wave coming through Greece,” Prime Minister Kyriakos Mitsotakis told AFP in an exclusive interview 100 days after taking office.

With some 70,000 asylum-seekers on its soil, — including nearly 33,000 on islands near Turkey — Greece is concerned that the Turkish offensive against Kurdish-controlled areas will overwhelm already overcrowded camps.

Turkey houses some 3.6 million Syrian refugees, and Turkish President Recep Tayyip Erdogan has already threatened to “open the gates” to allow more to leave for Western countries if his plans to resettle them in northern Syria fail.

Mitsotakis, who has already met with Erdogan in New York, rejects this as blackmail.

“The idea that Europe can be blackmailed by a threat of unleashing waves of refugees and migrants within Europe is not acceptable as a proposition,” he said.

He added the EU had been “generous” with Ankara, a fact he said was not fully acknowledged by the Turks.

The UN refugee agency this week said Greece in 2019 had received over 46,000 people — more than Spain, Italy, Malta and Cyprus combined.

Though these numbers are a far cry from the near-million that arrived in 2015, Greece is struggling to accommodate the asylum-seekers already on its soil.

“It’s clear if you just look at the number that cross the Aegean sea this summer in comparison to last summer, we are facing a problem (of) acute proportion,” Mitsotakis said.