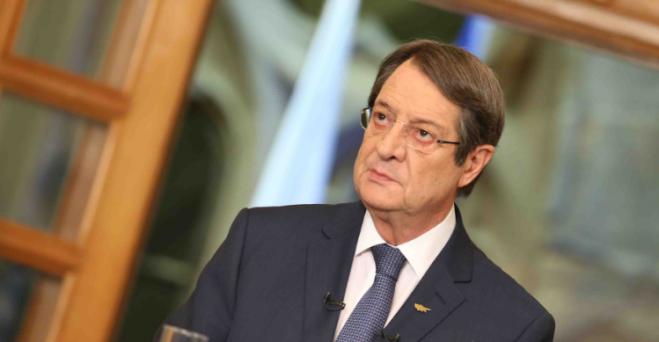 The basic conditions that could constitute the terms of reference have been set, President of Cyprus Mr. Nicos Anastasiades said today, while speaking about his meeting with the UN Secretary-General and the Turkish-Cypriot leader on November 25, adding that any attempt to provide answers in advance on issues that should be talked about at the table of discussion would be inconceivable.

Speaking to the press after the memorial service for the former President of Cyprus Glafcos Clerides at the Konstantintou kai Elenis Church, President Anastasiades stated that “today we honor the leader who left his mark through his infamous patriotic, fighting realism, his pragmatism which was a sign of a visionary politician.

We honor the man who left his mark in general as a politician with morals, and I personally honor my political mentor, my political father”.