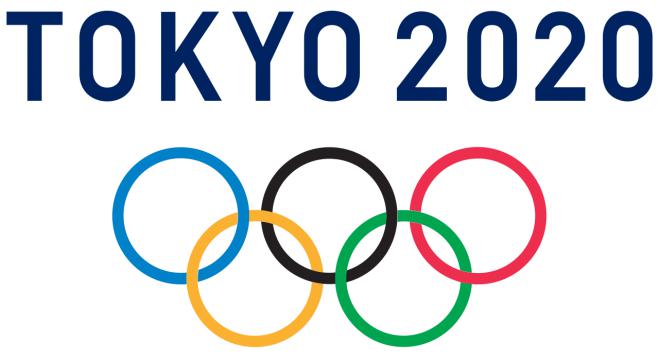 Since the covid-19 pandemic became humanity’s primary concern, the question was no longer if the 2020 Summer Olympic Games would be rescheduled, but when the decision would be taken. This global scare could not be treated as lightly as the mosquito-carried Zika infection that compromised the 2016 Rio Games.

IOC Crisis Management went into Damage Control gear. Olympic Games were only cancelled during last century’s world wars. Unfortunately, Tokyo was the designated host for their 1940 summer edition, to follow Hitler’s show in Berlin in 1936.

From Olympia to Tokyo

By the time the Olympic Torch landed in Tokyo, only 6,000 athletes out of the 11,500 bed capacity Olympic Village had secured their bookings for the July 24 to August 9 extravagance. The rest had missed their chance to meet national or Olympic entry standards in qualifying competitions already cancelled. Locked out of training fields, athletes could not practice at home coached via smart phone apps.

With much of its core product disabled and the prospect of empty stadia under the threat of the pandemic, the value of the Tokyo Summer Olympics was waning for all Games stakeholders.

The former President of the German Athletics Association, Clemens Prokop, called his compatriot, Thomas Bach, "unsuitable at Crisis Management". A barrage of criticism within and outside the Olympic Family ranks accused him of dithering, refusing to offer any solution other than to tell the New York Times last Friday that, “the IOC is considering various scenarios for the Tokyo Games, but cancellation is not one of them”.

Three days later, with the Games removed from the 2020 calendar, he asked for four weeks before the IOC could propose new dates! In defense to criticism that he was slow in charting a new course under global pandemic conditions, he even evoked Donald Trump’s proclamation that many restrictions in the US would be gone by April. Not sure if the IOC President aligned himself with Trump or if he was mocking the US President.

Thomas Bach, a 1976 gold medalist in fencing for Germany, is a hard one to figure out. His handling of the current crisis is no different from the one the Olympic Movement faced four years ago. After a cascade of abandoned hosting aspirations due to lack of public support that, embarrassingly, included Hamburg and Berlin, the IOC was faced with just two host city candidates for 2024: Paris and Los Angeles. Fear that none would come forth for 2028 had set in. It took a year of deliberation and the amendment of the Olympic Charter before the obvious “two winners” compromise was reached in 2017.

During the Tokyo 2020 crisis Bach again let events time his steps. Was he getting cold feet or is he a cold, calculating strategist following his “double award” tracks in 2017? He wasn’t alone to take the initiative but he would stand alone to criticism if he hadn’t secured wide consensus.

It isn’t only the 206 National Olympic Committees he oversees and the sports programs they represent. The Games stakeholders include the broadcasters and sponsors that fund the IOC and the NOC programs with $1.5 billion annually these years and the spinoff businesses surrounding the quadrennial summer extravagance. He has a partner to reckon with in the Tokyo Mayor who is a signatory of the Host City contract and a statesman in Prime Minister Shinzo Abe who had banked billions of dollars to build the proper stage for Japan to reignite its economy.

In short, too many actors with intertwined agendas were in play. One had to tread carefully.

Shaun Bailey, the Conservative candidate for mayor of the British capital, pitched London as an alternative host a month ago; a call as irresponsible as Boris Johnson’s initial response to the pandemic.

Already, big-ticket sports, leagues and championships had either suspended their seasons or moved them down the calendar reflecting their athletes’ concerns.

Amidst this and other acts of benightedness, Canada and Australia thankfully announced over the weekend that they were pulling their teams from Tokyo this summer. The Swiss and the Brazilians threatened to follow suit. The Americansurged the IOC to reschedule after polling their athletes.

Even a member of the Japanese Olympic Committee said last Thursday that, “the IOC would be putting athletes’ health at risk” if the Games went on as planned. Saving face for the Japanese is ingrained in their culture. It matters equally to the Olympic Movement and its President.

The writing was on the wall. Was Bach unable to read it or pretended not to? Was the outcome orchestrated by him or forced upon him? Was Bach unfit to govern, or was this a display of political astuteness?

The Games Must Go On

Despite the domino effect due to its displacement, moving the Tokyo Summer Olympic Games to the same dates a year later, in 2021 gained track over autumn 2020. 2022 is too far away and too close to Paris 2024. The prospect of embarrassment of an inferior sports show in half empty stands this summer was averted.

Abe pulled the plug. Bach was relieved. Neither caused the pandemic that forced their hand. They had no other choice but to defer to the world’s concerns. There will be losers but no “bankruptcies” over this inevitable decision. No litigation; just insurance companies footing a good part of the bill. I wonder if insurance will cover the massive cost of rescheduling.

It is called Force Majeure! It figures in the fine print of every contract. Whether through luck or good management, the strategy worked.

We still need to wait for the date. The IOC must first amend the Olympic Charter to keep with the Olympiad tradition the Greeks established 2796 years, which culminated with staging the Games in Olympia on the fourth year its cycle. Moving Tokyo 2020 to 2021 infringes on the Paris Olympiad and raises questions about its legality.

About George Courmouzis
George Courmouzis is a sports and media entrepreneur, working out of Greece and the United States. He has had business ventures in the Balkans, and has advised Greek Ministers and an ex Prime Minister. He has written articles on sports, focusing on the Olympic Games. 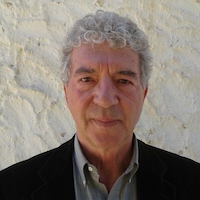