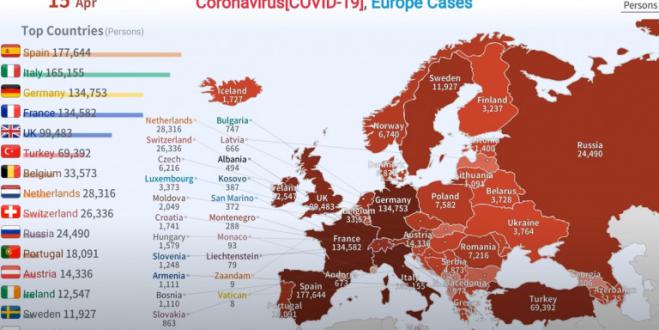 An interesting video with a chronology of the spread of the corona in Europe, was published on Youtube.

The chart on the Woraph page also shows Greece having its first case on February 26.