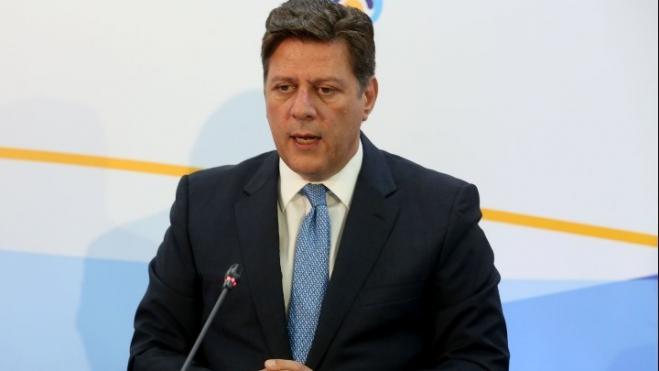 Α possible Turkish government's decision turning Hagia Sophia into a mosque would signal a significantly important tension in the Greek-Turkish relations at the level of symbolism, stated Alternate Foreign Minister Miltiadis Varvitsiotis in an interview with SKAI TV earlier on Thursday.

Varvitsiotis underlined that such an action "would send a message that Turkey returns to a Muslim and Islamic course" abandoning European values, western culture and course of a multicultural society it has followed for over 100 years.

According to Varvitsiotis, the foreign intervention, as that of US State Secretary Mike Pompeo, highlight the general risks that such a decision bears.

Finally, Varvitsiotis referred to Ecumenical Patriarch Vartholomew' s statement that such an action would bear a very high risk and may lead to division at international level with millions of Christians opposing Islam. He also said that he set the issue at the last meeting of the parliamentary assembly of the Council of Europe replying to the Turkish representative.

Varvitsiotis reminded that Greece is a reliable interlucator on the international stage it believes in dialogue but does not accept any kind of negotiation in terms of national sovereignty issues.
Finally, he said that Prime Minister Kyriakos Mitsotakis has set the issue of the Turkish provocations and it is on the next EU summit agenda.