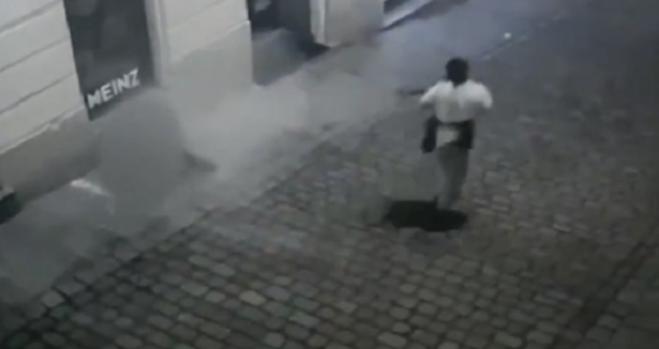 The images from the massacre in Vienna, where last night's terrorist attack killed four people and injured seventeen others, seven of whom are rejoicing, have caused outrage across Europe. At least one Islamist, who was shot dead by police during an exchange of gunfire, took part in the heinous attack, and the possibility of accomplices cannot be ruled out.

These are the assessments of the Austrian government, as expressed in a press conference given at 06:00 in the morning (07:00 Greek time) by the Minister of Interior Carl Nehamer, presenting the latest data of the investigation. According to the Austrian minister, the attack "is an attempt to weaken the democratic society (of Austria), something that we are not going to accept at all."

The perpetrator, who was a supporter of the Islamic State, was reportedly wearing a belt that appeared to contain explosives, but which turned out to be a dummy. He did, however, carry an automatic rifle. Authorities are investigating his whereabouts, but have not given further details so as not to hamper police work.

Meanwhile, the editor of the Austrian weekly Falter, Florian Klenk, said today that the gunman who was shot and killed was a 20-year-old man who was born and raised in Vienna. He also said he was known to the intelligence services because he was one of 90 Austrian Islamists who wanted to travel to Syria. Curtin S. had "Albanian roots", but his parents were from Northern Macedonia, Klenk wrote on Twitter, without mentioning the source of this information. He added that police believed he was not capable of planning an attack in Vienna.