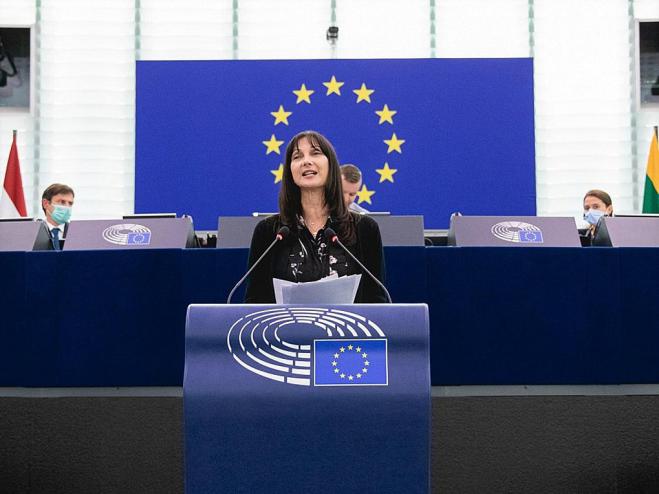 The European Parliament adopted by an overwhelming majoritythe reports prepared by MEP Elena Kountoura on two extremely crucial and topical issues: the "EU Road Safety Strategy 2030" and the "Impact of Intra-Community Violence and the Rights of Women and Children", .

It is noted that for the first time two reports by an MEP of Greece were put to a vote in the Plenary Session of the European Parliament at the same time.

Elena Kountoura was the European Parliament's rapporteur in both reports, which she prepared simultaneously in the context of many months of negotiations with all political groups and bodies, in order to submit timely proposals to the Commission on these issues that concern society as a whole and are political priorities of the utmost importance.

In particular, with the first report on road safety, the SYRIZA-PS MEP drew up a roadmap for the Commission to support the European strategy to reduce the number of deaths and serious injuries from road accidentsby 50%,  by 2030. The report includes a series of proposals for safer infrastructure, safer vehicles, safer use of the road network and an ambitious policy framework for the future.

Among the proposals adopted by Elena Kountoura are the introduction in the EU cities of 30 km / h as a maximum speed limit, zero tolerance for driving under the influence of alcohol and drugs, the elaboration of road safety programs by European and national resources and, as a matter of priority, support for projects with the greatest benefit to human life, as well as the establishment of a European Road Transport Agency.

Elena Kountoura's second report on the "Impact of Domestic Violence and Custody Rights of Women and Children" was adopted in its entirety as the European Parliament considered it a milestone that comes at a time of escalating gender and domestic violence, to provide specific solutions to defend the rights of victims. 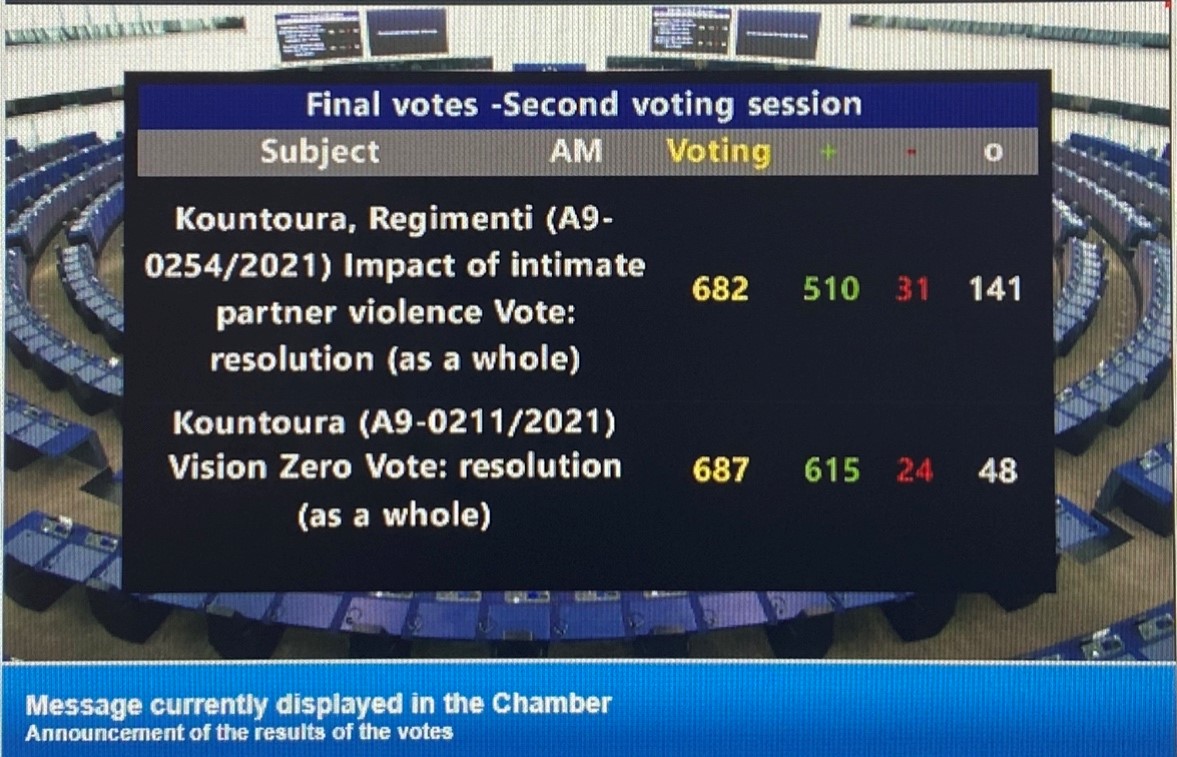 The Commission and the Member States are called upon, on the one hand, to create a holistic institutional framework for tackling gender-based violence in the EU, and, on the other to fully protect the rights of women and children victims of domestic violence in custody cases.

It is extremely important that with this report, the European Parliament opposes, among other things, compulsory custody because each case is different and must be considered on a case-by-case basis in the best interests of the child. It also rejects the syndrome of parental alienation and related terms and is even asked for it not to be recognized in national law and jurisprudence.

These reports will be submitted to the Commission as the position of the European Parliament, in the legislative and other initiatives to be taken at European Union level in the coming months.