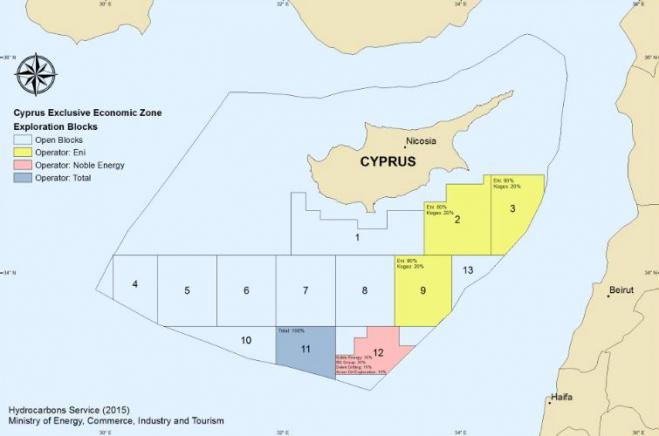 "Cyprus has placed its hopes in Aphrodite. This is the name of the natural gas field that was discovered on the southeastern coast of the Mediterranean island," writes Handelsblatt's correspondent in Greece, Gerd Heller.

According to the article, the total natural gas reserves of Cyprus so far amount to 510 billion cubic meters, i.e. “more than five times the consumption of Germany in 2021. Cyprus thus could become an important supplier of natural gas to Europe. However, there are political and economic obstacles, the biggest of which is the Cyprus issue. In addition to the political dispute, there are also technical problems", observed the author.

"The infrastructure for the export of natural gas does not exist so far. In January 2020, Greece, Cyprus and Israel signed an agreement to build the East-Med pipeline. (…) Turkey is raising claims against the pipeline because it is going to pass through a maritime area that Ankara claims as its own exclusive economic zone. The economic performance of the project, estimated at 6 to 7 billion dollars, is also doubtful", noted the article reminding that the US withdrew support for the pipeline.

LNG or trade in electricity?

The UK report also explores the prospect of exporting Cypriot deposits for the production of liquefied natural gas (LNG). “Plans to build an LNG terminal at Vasilikos in southern Cyprus existed as early as 2010, but were not implemented due to doubts about viability. It would be possible to transport natural gas deposits to an LNG station in Egypt, in order to liquefy it and from there to export it by tankers." Of course, as the columnist points out at another point, "in all decisions on the exploitation of Cypriot deposits and the expansion of export infrastructure, the question for investors is how long will natural gas continue in use".

The report also raises the question of the compatibility of gas field plans with the EU's climate goals, which makes investments in the sector possible from 2027 onwards. At the end of the report, he cites the assessments of Moritz Rau, an expert on energy policy for the East Med region, which also considers it "time-consuming and expensive to build adequate transport infrastructure". According to the expert instead of pipelines it might make more sense "to intensify the trading of electricity through submarine cables, such as the Euro Asia Interconnector and the Euro Africa Interconnector".