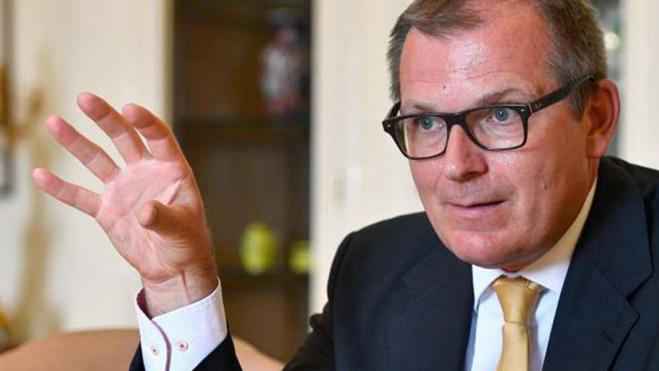 The European Defense Agency (EDA) is preparing the joint supply of military equipment in order to fill the defense gaps of the EU member states created due to the provision of military aid to Ukraine, says the managing director of the Agency Jiří Šedivý in ​​his interview with "NEA" newspaper. The European official believes that this effort will, in the medium and long term, strengthen  joint and cooperative approaches to the development of defense capabilities among EU member states.

Mr. Šedivý  noted that the war  is a tectonic shift in Europe's strategic environment, and a wake-up call in terms of security and defense. The development can be seen first of all in the significant increase in defense investments of many member states after the Russian invasion of Ukraine, he explains, while the provision of military aid to Ukraine by European states leads to a significant joint purchase of defense capabilities.

The head of EDA noted that the Agency is developing joint procurement tools for member states to jointly purchase military hardware to fill the gap created by deliveries to Ukraine, but also to bridge the deeper gap created in defense investment, which began in the global financial crisis. "We are working with member states to identify categories of military equipment where there is a good opportunity to work together on joint procurement. The EEA acts as a framework, gathering information from member states, harmonizing requirements," says Šedivý.

He pointed out that a total of seven areas of common interest for possible joint procurement have been identified based on the response of the member states: Medical equipment, anti-tank systems and missiles, military equipment and radios, ammunition, explosives, mortars and multiple launch rocket system (MLRS), missiles, air defense, man-portable air defense systems (MANPADS), bombs, small arms. He also noted the need and request for chemical, biological, radiological and nuclear defense equipment.

He emphasized that there are incentives in this joint procurement, like economies of scale, and the option of a 19% VAT exemption. Also, the European Commission is preparing a special fund that will cover the administrative costs of common procurements. Responding to a question the head of EDA on how this could transpire he said through the EEA, but also through ad hoc grouping of member states, where they can create a kind of consortium, or it can be done through OCCAR, the common procurement organization.

Mr. Šedivý noted the guidance given in this context by the European Strategic Compass, which he described as a very well-defined portfolio of medium to long-term strategic capabilities for the future of Europe. He also refered to recent Eurobarometer results, which show that 75% of Europeans think we need more military cooperation within the EU. He called the recent decision on a training mission in Ukraine an "important step". "In the coming months, approximately 15,000 Ukrainian soldiers will be trained in EU countries," he clarifies.

Greece is an exemplary member

Regarding Greece, he points out that "it is a truly exemplary member state that participates in the Organization's projects and provides excellent added value. Through Greece's very intensive participation in a number of military development projects, with the ESA, PESCO, the European Defense Pact, many Greek companies successfully absorb EU resources. There is excellent cooperation with the Greek Hellenic Defense Industry and the Ministry of Defence, which supports the competitiveness of Greek industry. All this increases the defense capabilities of the country," he pointed out.

When asked about the course of setting up the rapid deployment unit of about 5,000 troops envisaged in the Strategic Compass, he noted participating member states are working hard to develop this idea, its structure and function, in order to deliver it under the Strategic Compass. Although the EDA is not directly involved in this preparation, Šedivý believes that the capabilities developed within the Organization will facilitate the operation of this unit.

The discussion turned to the critical issue of protecting critical infrastructure, and the resilience of Europe and the industry. In terms of critical infrastructure resilience and protection, the EDA has projects related to port protection, and related to various aspects of cyber resilience. The experience of COVID showed that the EU is too dependent on critical raw materials. "Now the Member States, the Commission and the EDA are working to identify all these critical dependencies and how to mitigate them, which is an extremely important part of the EU's strategic autonomy," he explained.

When asked about the EU's 3rd joint statement with NATO under discussion, he noted that hiw agency was not directly involved in the negotiations, but its personnel are involved in consultations with NATO colleagues in various areas in which knowledge and information is needed, so that there is no duplication of the same components. The joint statement will help us in the field of new technologies and defense innovation to create synergies and complementarities between the EU and NATO, he opined.