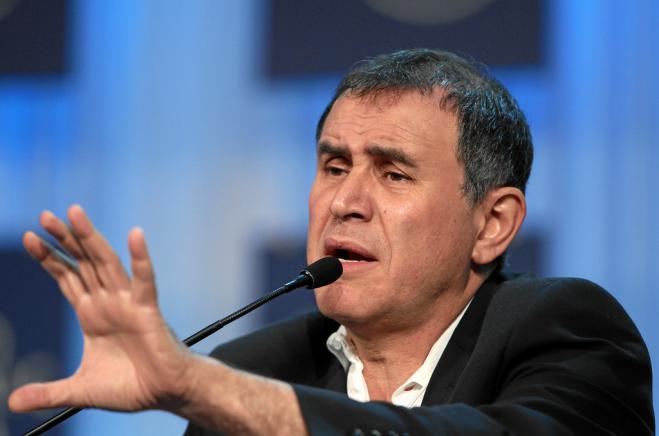 An interview about all the current problems facing the world was given to Spiegel by analyst Nouriel Roubini.

The American economist, who has acquired the nickname "prophet of doom", spoke to Spiegel and made ominous predictions, saying among other things that World War III has already begun.

First, Roubini was asked by Spiegel about his nickname "Doctor Doom" and the 10 biggest threats facing the world, which he describes in his book.

The threats are real, Roubini says, noting that in decades past he didn't worry about things like a war between major powers or a nuclear winter, he hadn't heard words like "pandemic" or "climate change" and nobody worried about the possibility of people losing their jobs due to the development of robots.

“We had freer trade and globalization, we lived in stable democracies, even if they weren't perfect. The debt was very low, the population was not very old. This is the world I grew up in. And now I have to worry about all these things, just like everyone else,” he said.

Roubini then pointed out: “National security advisers are concerned about NATO's involvement in the Russia-Ukraine war and Iran and Israel being on a collision course. And just this morning I read that the Biden administration expects China to attack Taiwan soon. Frankly, World War III has already effectively begun, certainly in Ukraine and in cyberspace.”

The analyst then said he was worried about democracy, stressing:

"Democracies are fragile when there are big shocks. There is always a "hard man" then, who says "I will save the country" and blames foreigners for everything. That's exactly what Putin did with Ukraine. Erdogan could do the same with Greece next year and try to create a crisis, because otherwise he might lose the election.

If Donald Trump runs again and loses the election, he could openly call on his supporters to storm Capitol Hill this time. We could see violence and a real civil war in the US. In Germany, things look comparatively good at the moment. But what happens if things go wrong economically and people vote more for the right-wing opposition?"

Climate change is a big threat

“The pandemic appears to be winding down, but new variants of COVID could emerge soon. Climate change is an accelerating disaster. For each of the 10 threats I describe in my book I can give you 10 examples that are happening today, not in the distant future. Want one on climate change?

This summer saw droughts around the world, including the United States. Near Las Vegas, the drought is so bad that mobster corpses from the 50s have turned up in dried-up lakes. In California, farmers are now selling their water rights because it's more profitable than growing anything. Half of Americans will eventually have to move to the Midwest or Canada. This is science, not speculation," noted Nouriel Roubini.