A European food product presentation in "The Westin Bristol Place Toronto Airport" took place on Monday, April 11 , 2016, between 11am and 1 pm.

Among presenters at the event were Mr. Panicos Panayi and Mr. Andreas Pytharas representing the company Cyprofresh Citrus Sedigep (P.O.) LTD and promoters of European products and especially the Citrus from Cyprus.

The event kicked off with Mr. George Stogias, from Greece, representing Economotechniki LTD. He was followed by Mr. Cristian Soreno from importers Fresh Taste Produce. 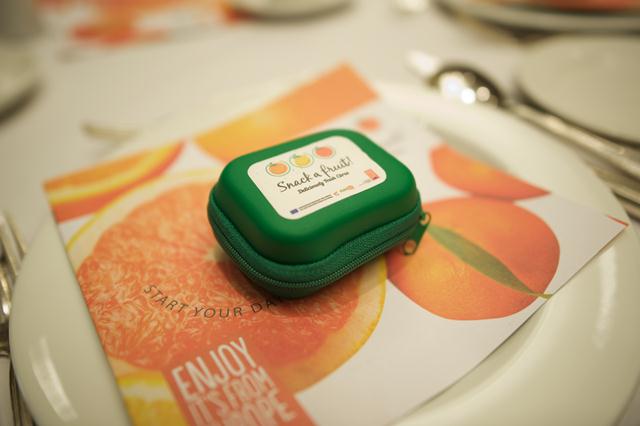 He was followed by Mr. Panicos Panayi from Cyprusfresh, who gave a detailed presentation of the product's and where and how they are grown.

"The concept of the promotional program is 'Snack a Fruit'", said Mr. Panikos Panayi. "Instead of having a snack like a sandwich, have a fruit every morning, like a grapefruit, and a juice or an orange at night have".

When asked "what are the factor that differentiate your products and generally products from Europe," Sales and Marketing Manager Mr. Panicos Panayi replied that "Our product's are more tasteful for two reasons. First, we have small farms and farmers pay more attention to their product's. They do so with love, not fulltime, but part-time and they love what they do. On the other hand there are the climate conditions in Cyprus and the organic soil, give's our products a unique taste and makes them healthy". 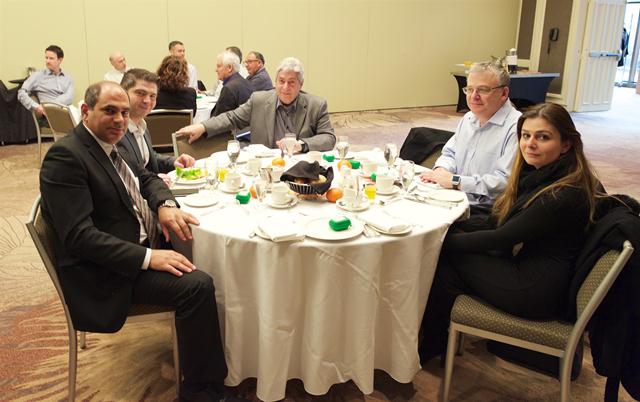 He was then asked"what are your expectations/objectives," to which Mr. Panicos replied: "The behavior of consumers in recent years shows that they want to buy healthy products. Our objectives are to give consumers healthy products without chemicals. We like to bring and distribute Mandora and the other product's here in Canada. "

Attendees were treated to a glass of fresh tasty Mandora juice, light, not at all sour and very refreshing.

There followed a short interview with Mr. Salvatore Soreno, his son Mr. Cristian Soreno from the "Fresh Taste Produce Company" and with Mr. Panicos Panayi and Mr. Andreas Pytharas from the company Cyprofresh Citrus Sedigep. 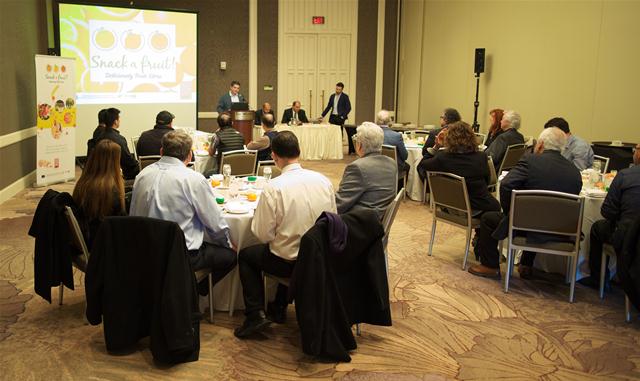 They also participated, the next day (Wednesday), at the exibition taking place in Montreal.

CYPROFRESH CITRUS SEDIGEP (P.O.) LTD is the largest producers organisation in Cyprus founded in 1964. It was established as a growers cooperative in 2004 and commenced operations in that year. The company now has more than 500 members (actually at that moment there are 800
growers) and a total area of 1.100 hectares under cultivation. 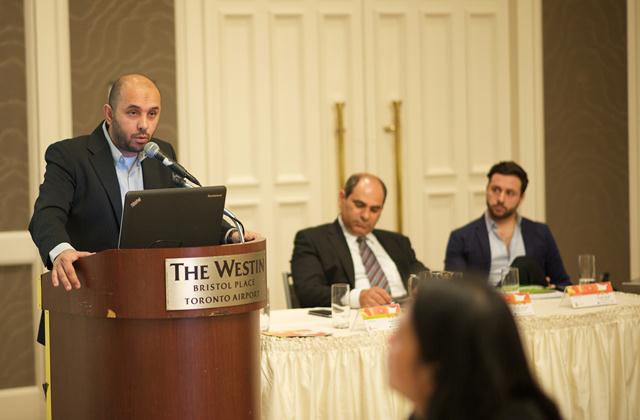 Europe, in it's pursuance of safe and high-quality food products, applies the strictest marketing standards and hygiene rules responding to the challenges and needs of consumers around the world.
Cyprofresh Citrus Sendigep is equipped with modern state of the art equipment for sorting, grading and packing.

The Packing houses are aprooved according to BCR and IFS regulations.

The company's members/growers are registered members of the GLOBALGAP scheme, to ensure that the final consumer will get the highest quality and highest food safety standards.

All varieties of grapefruit are available from October to March

MANDORA - An excellent combination of Mandarine and Orange offering the best qualities of the two fruits! The name Mandora is a synthesis of Mand (-arine) and Ora (-ngel) and has has been given to the fruit as it has been
developed by cross pollination of two varieties.
Its origin is Jamaica and its original name was a synthesis  of OR (-ange), TAN (-gerine) and (un-)IQUE.
Mandora grows in South Europe and gives the highest quality fruit because of the soil and the climate conditions that are ideal for that special fruit.
This Mandarin Orange is of medium size, with tender and
extremely juicy pulp, often exceeding 60% of fruit weight.
Nutritious Values
• Very low calories (53/100g)
• Valuable sources of flavonoid and adioxidants
(naringerin, naringin, hesperetin, vitamin-A, carotenes,
xanthins, luteins, in fact several times higher than in
oranges)
• Very high sources of vitamin-C (ascorbic acid)