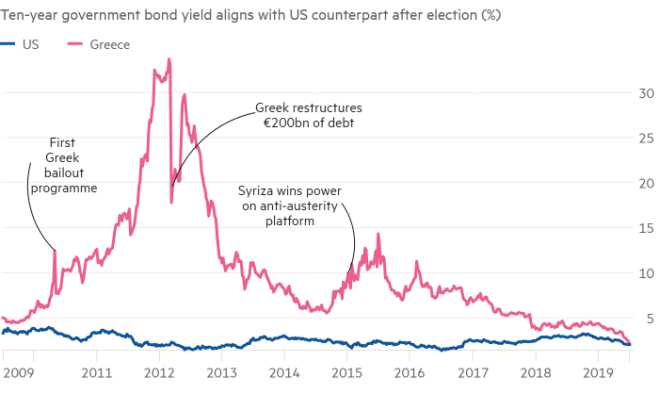 Greece’s borrowing costs have tumbled to a record low — dipping below even the US — thanks to rising hopes of a renewed bond-buying program from the European Central Bank and the center-right New Democracy party’s sweeping victory in elections last weekend.

This marks a stark turnaround for Athens, which underwent the world’s biggest government bankruptcy in 2012 and is still labouring with one of the largest debt burdens, at about 180 per cent of gross domestic product.

ECB president Mario Draghi has stirred expectations that the Eurozone’s monetary authority is set to ease policy, hopes that were reinforced last week by the nomination of the IMF’s Christine Lagarde as his successor.