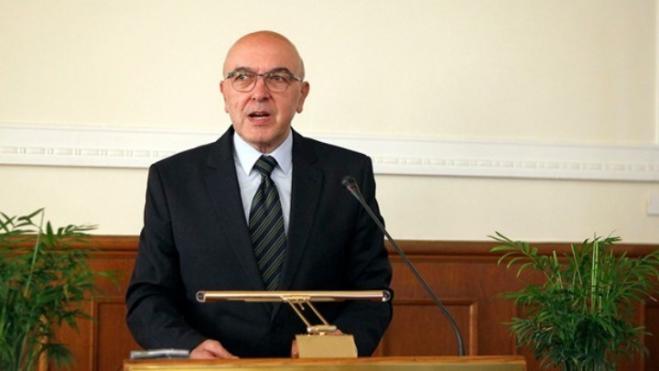 Deputy Foreign Affairs Minister for Economic Diplomacy and Openness Kostas Fragogiannis on Wednesday held a series of meetings with government officials and businesses in Tokyo, where he outlined how Greece's growth dynamic offers itself to investment and cooperation, on the third day of his official visit to Japan.

According to diplomatic sources, Fragogiannis held a meeting with Japan's Deputy Minister of Land, Infrastructure, Transport and Tourism Masamune Wada, with whom he discussed cooperation in tourism, shipping and the organization of the 2020 Olympic Games in Tokyo.

In this context, it was agreed to compile a memorandum of understanding ahead of the Greek prime minister's visit to the Japanese capital for the Olympics.

Earlier in the afternoon Fragogiannis visited Keidanren, Japan's confederation of large businesses and the Japan External Trade Organization (JETRO), at both of which Fragogiannis discussed the prospect of a Japanese mission of companies to Greece to help Greek startups get acquainted with Japanese small and medium-sized enterprises.

At Hitachi Rail Fragogiannis heard the company's reported 85 billion euros turnover in 2019 and suggested that Hitachi Group expand the areas  it invests in, in Greece, where it has an office.

At Sumitomo Chemical, which is a founding member of the Japan-Greece Society but does not currently invest in Greece, Fragogiannis briefed the president and the board of directors on projects that their competitors have already undertaken in northern Greece, inviting the company to evaluate the potential of our country for investment.