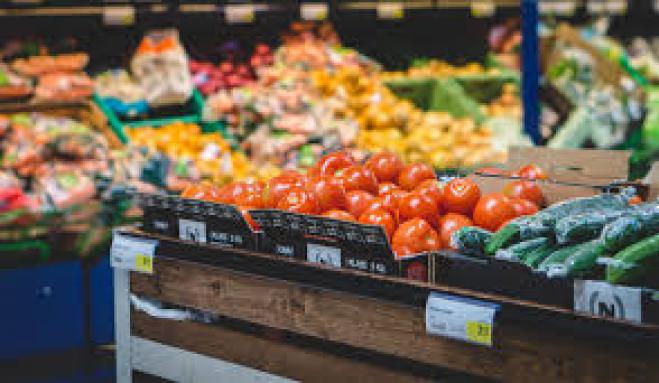 Greece's retail food sector is showing signs of recovery during the current year, after a long period of crisis, according to Professor Georgios Doukidis, an advisor of the Research Institute of Retail Consumer Goods (IELKA), in statements to the Athens-Macedonian News Agency (ANA) on Sunday.

He noted that the sector had undergone significant changes in recent years, especially the Fast-Moving Consumers Goods (FMCG) sector, while a drop in sales by as much as 25 pct at the start of the previous decade had led many firms in the sector to downsize, while others had been bought out or had merged with competitors. At the dawn of the '20s, however, things were starting to look more promising, Doukidis said.
A six-month rolling IELKA survey of trends in retail FMCG, which analysed the views of the sector's executives, showed that they expect an increase of sales in the next six months compared with 2019, a great improvement in the economic climate and revealed changes in the priorities of food retailers, with emphasis on growth, a focus on customer service and innovation.

For the first time, Doukidis said, 68 pct of sector executives expect sales to increase against 2 pct that anticipate a drop, representing the most positive measurement in the five years since the survey began.
The optimism of executives was not confined to sales, with a general improvement seen in the economic environment in the last 18 months and an improvement relative to 2019. For the first time, a majority of 74 pct consider that the economic situation has improved, only 1 pct considers that it has deteriorated and 26 pct believe it is unchanged. This is a clear improvement over both 2017 and 2018, when the economic climate index was negative. The economic climate index in January 2020 was 0.66 (with a minimum of -1 and a maximum of +1).

Overall, businesses in the sector appear ready to proceed with productive investments that will improve their functioning and offer innovative products and services to customers. Given developments in the world market, this is a good time that could start to balance the losses of the previous decade.