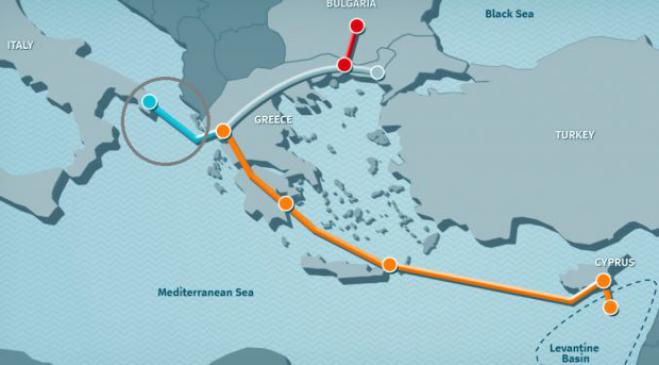 IGI Poseidon has finalized tendering procedure for the engineering, procurement, construction, transport, installation and pre-commissioning (EPCI) of the four offshore sections of EastMed natural gas pipeline, with a length of 1,470 km and budgeted at 3.0 billion euros.

The EastMed-Poseidon Pipeline Project will direct connect the East Mediterranean gas to Europe through a dedicated pipeline from the Levantine Basin to Cyprus, Greece and Italy. It will redress the decline of domestic sources in North Europe and complete the gas infrastructures system in South Europe.

For its contribution to the European Union’s objectives on energy security and diversification of sources and routes, the project has been confirmed as a Project of Common Interest and its development is supported by EU Connecting Europe Facility (CEF) grants.

Greek Environment and Energy Minister Costis Hatzidakis, commenting on this development, said that EastMed is a pipeline of strategic importance, not only for Greece, but for all of Europe. “This new invitation pleases us particularly, as it certifies that the implementation of the project progresses despite the big turmoil caused by the pandemic on global economy and and the energy market,” he said.