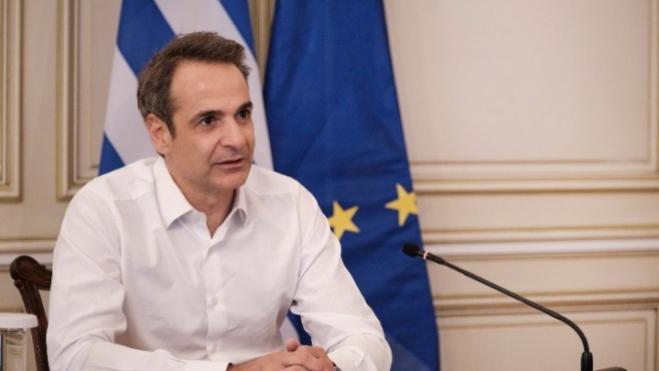 Prime Minister Kyriakos Mitsotakis had a video conference with senior executives of the YPO (Young Presidents' Organisation), which was attended by about 1,000 CEOs and business leaders in more than 100 countries around the world.

The subject of the video conference, which took place on Wednesday afternoon, was Greece's success in managing the Covid-19 pandemic and the next steps for the recovery of the Greek economy.

The prime minister answered questions from the participants about Greece's investment prospects, stressing that the fundamental advantages built up by the government's reform policy remain unaffected, and are now complemented by international recognition of the country's effective response to the coronavirus.

"Greece is even more suitable for investment than it was five months ago," Mitsotakis said, adding that the government's strategy from the beginning was to upgrade the investment environment so as to maximise Greece's advantages. "I was elected 10 months ago on a platform of making changes, focusing heavily on attracting foreign and domestic private investment, to make Greece a country that can exploit its comparative advantages and which facilitates investments by international investors," he said.

"We have come a long way in this direction, we have reduced taxes, we have improved the regulatory framework, the digitalisation of public administration has progressed - something that many thought was impossible. And now we have the added advantage that we are considered a safe country with a well-functioning public administration," he underlined.

"I am a liberal politician, I am not a neoliberal. I don't think markets always have the solution. I believe that the state has a role to play, especially in times of crisis. And that's exactly what we did. We intervened to deal with an unprecedented crisis. We supported the public health system," underlined Mitsotakis, adding that his priority is the protection of the world of work and the need to support entrepreneurship so that it can cope with the sudden, exogenous blow caused by the coronavirus.

As for Europe's crucial role, the prime minister welcomed the Franco-German proposal to set up a 500 billion euro recovery fund, and called on the Old Continent to rise to the occasion.