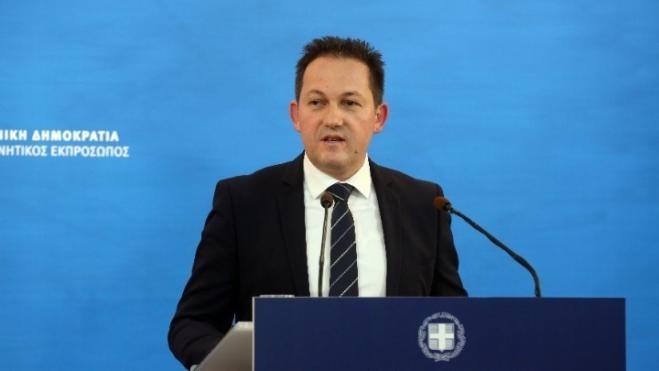 "The European Commission will on Wednesday present its proposals for the Recovery Fund, which will be close to 500 billion euros, based on what we know about the French-German proposal, and will concern grants as well as additional funding in the form of loans," government spokesperson Stelios Petsas said on Wednesday in an interview with ERA public radio.

He also noted that good handling of the current stage of restarting economic activity - as Greece had succeeded in doing during the lockdown phase - will yield pleasantly surprising results for the Greek economy.

With the recovery fund, he added, "we will have a large network of interventions that, if we add to this the amount of 540 billion euros that has already been approved by the Eurogroup and the European Council, we see that we will reach an amount well over 1 trillion. It is a big sum. Greece is seeking a large share, which means that: first, the government should plan a proper programme for the use of these resources and, secondly, this money should be absorbed for the benefit of the Greek economy, by businesses and employees."

Clarifying that "no one can make a precise estimate of the recession," Petsas stressed that "what we can say is that there will be a deep recession this year and a strong recovery over time."
Regarding the phase of restarting the economy, the government spokesperson expressed the belief that "tourism will have some turnover."

As he explained, "two months ago, it seemed that the summer was lost. Now, things have changed. What is the biggest problem? Uncertainty. How do we deal with uncertainty? We are setting up a safety net so that most businesses will either have intact wages or some wages will be covered by the state. So that companies have jobs and employees are paid."