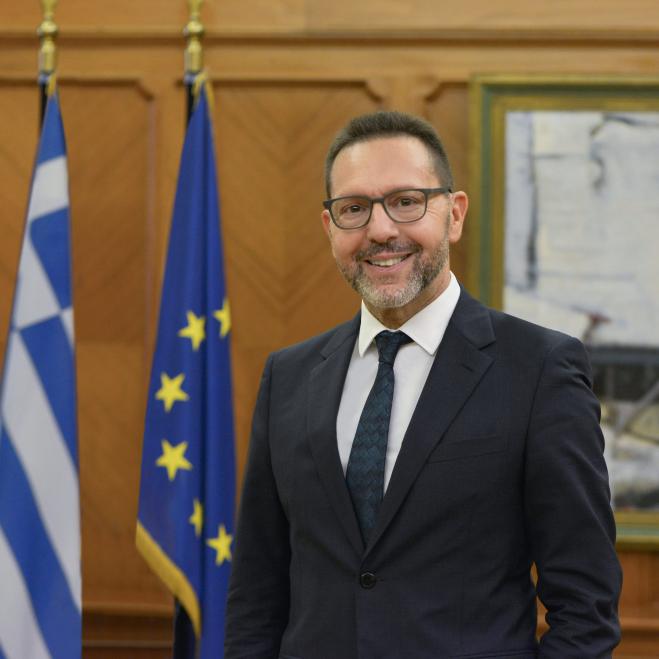 The institution of the Recovery Fund should be made "permanent" as a development intervention and rapid completion of the banking union with the exception of deposits from the bail-in process and the creation of a credit line by the ECB for the consolidation of banks.

This is the "recipe" proposed by the Governor of the Bank of Greece Mr. Giannis Stournaras speaking at the 22nd Capital Link conference entitled Invest in Greece to so that Europe and Greece can overcome the consequences of the coronavirus and pass to a phase of sustainable recovery.

At the present stage, the Governor of the Bank of Greece pointed out the importance of security networks with support measures for businesses and households until the population is vaccinated and the economy is in a stable growth course. The early lifting of support measures - as he said - will lead to thousands of business bankruptcies, a large increase in unemployment, and an increase in non-performing loans.

Mr. Stournaras noted that Europe reacted quickly to the economic crisis caused by the coronavirus. The ECB was the first to ensure the increase of liquidity with the extraordinary bond market program (PEPP), which included Greece and the extension of short-term financing for the Banks, and then the EU with the creation of the Recovery Fund of 750 billion euros ( Next Generation EU). He even stressed his position that the Recovery Fund should be a permanent and not an emergency intervention for the stabilization of the European economy.

The BoG governor then talked about Greece, stressing that with the proper utilization of the 72 billion euros provided by the Recovery Fund and the Multiannual Financial Program, Greece can achieve growth rates of 3.5% of GDP by 2030.

On the issue of "red" loans, which, despite their reduction in recent years, remain at high levels (at 35.8% of total loans) stressed once again that the activation of the "Hercules" plan is in the right direction, but additional actions are needed, especially after the coronavirus crisis, when another 8 to 10 billion euros are expected to be added to "red" loans.

In this regard, he reiterated the BoG's proposal for a central body for managing red loans that has been sent to the Government, through which, as he said, the Banks will be able to consolidate their balance sheets faster.

At European level, he stressed that the banking union should go ahead and be completed, an upgrade of the bail-in agreement should be instituted, excluding the elements that will liquidate deposits - while creating a deposit insurance mechanism - and should be strengthened by elements that will allow it to deal with systemic crises.