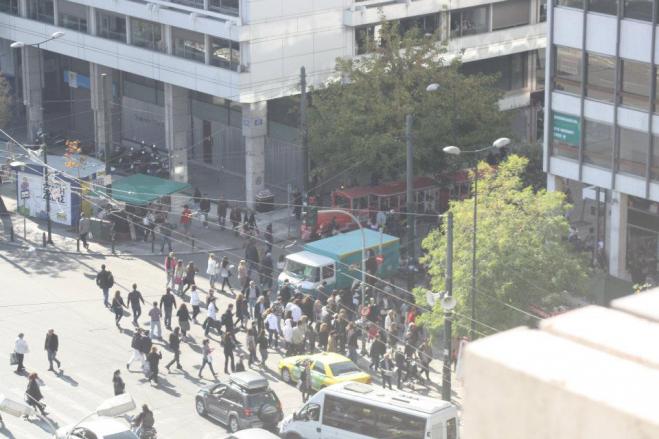 Many businesspersons are now with their backs to the wall after seeing the turnover of their businesses fall sharply, while at the same time the income of the approaching winter sales season is in danger.

At the moment, the big losers in terms of trade are the clothing and footwear stores, which in early autumn stockpiled large quantities of goods because they did not expect a second generalized lockdown.

Jewelry-watch stores also record heavy losses. In fact, traders consider the first estimates for a turnover of 1.5 billion compared to 3.5 billion of last Christmas's period to be over-optimistic, estimating that the losses are much heavier than 60%.

And this is how we get to the discussion for new support measures, at a time when the Ministry of Finance is preparing for a big "hole" in the December revenues, as competent sources note "there was no estimate for such a big lockdown". The traders union ESEE officially raised in a letter to the relevant Ministries of Labor and Finance, the request to cover the insurance contributions of closed commercial stores from the special Account, to which merchants also have contributions and from which 400 euros will be paid to engineers, lawyers, etc.

"The State covers the insurance contributions of those employees who are suspended from a contract. Why not do the same for closed businesses? " notes the president of ESEE, G. Karanikas, who is preparing a corresponding request for the current tax liabilities of traders.

In the State Accounting Office, however, they are preparing feverishly for the 5th round of Refundable Advance Payment, which will have the basic characteristics of the 4th round: 1) minimum amount of 1,000 euros 2) grant 50% of the amount 3) basic criterion is the drop in turnover of 20% in the interval September-December.