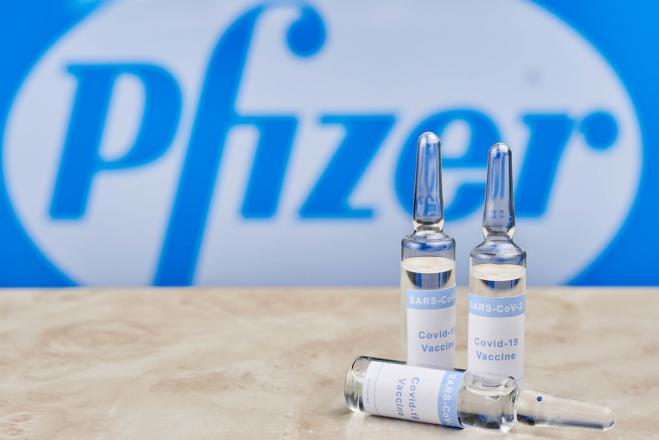 The investment of the pharmaceutical industry Pfizer in the second hub in Thessaloniki amounts to more than 100 million euros, as the head of the second hub of the company in the city, Antonis Hatzimanolakis, said today. He added, among other things, that the American giant is always “looking” towards Greece and “if the appropriate incentives are found, it will proceed to other investments”.

Mr. Hatzimanolakis, head of the Business Operations and Services Center of Pfizer in Thessaloniki, which will be integrate seamlessly with the digital hub, the creation of which had preceded, referred to the new investment, on the occasion of the visit of the Minister of Development, Adonis Georgiadis, in the new venue, which will house both hubs.

“Pfizer, with 60 years of presence in Greece, is making a second flagship investment in Thessaloniki”, he pointed out and added that, in the context of the very good cooperation with the Greek government, these investments will help -among other things- Greece to reverse the brain drain and turn it into brain gain “.

The two hubs will be installed in four buildings of the East Plaza shopping center, in Eastern Thessaloniki, covering a total area of ​​6,500 square meters where work has already begun and is progressing feverishly.

Regarding the schedule of the “relocation” of the two hubs to the new facilities, the head of the Digital Center, Nico Gariboldi, announced that “it is possible after the summer, in September-October, the first hub will move to the” East Plaza “and in early 2022 the first people will already be working there. ” The second hub is estimated to move to the same area in 2022-2023.

Mr. Gariboldi praised the high level of local human resources and added that the operation of the hub attracts employees from the USA, Germany, the Netherlands, and Switzerland to Thessaloniki.

For his part, the Minister of Development recalled the whole history of Pfizer’s arrival in Thessaloniki, emphasizing that while the company’s initial plan was to create 200 jobs in the city, it decided to double this number, when it noted the high level of local human resources and then increase it further, to 700 people.

“As Minister of Development, I feel proud that during my tenure something is being created in Thessaloniki that will remain for the next generations. The presence of a company of this prestige and size in Thessaloniki, in the midst of a pandemic, makes the city an international center in technology,” noted  Mr. Georgiadis among other things.