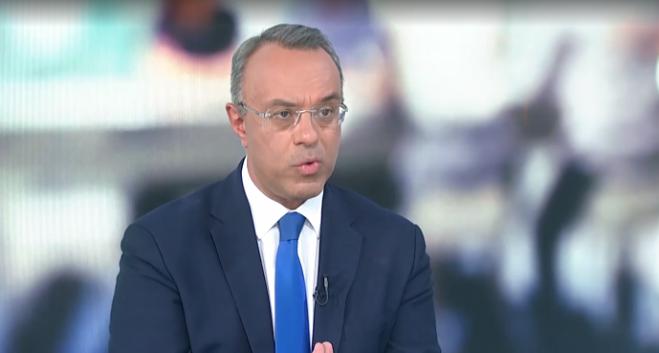 "In the economic field, so far the State has supported society with measures amounting to 50 billion euros, and obviously there will be more for this year and for next year, permanent and non-permanent measures." The above was emphasized by Finance Minister Christos Staikouras, speaking at a party event at the Thessaloniki City Hall.

Mr. Staikouras pointed out that the policy of the Ministry of Finance is implemented through "significant reductions in taxes and insurance contributions, significantly relieving citizens and businesses from the high burdens of the previous decade, but also having proceeded with a number of structural changes with multiple benefits for society and the economy".

We turned difficulties into opportunities

Referring to the challenges of the last few years, he observed that "we are one of the few countries that took advantage of the crises together, so as to build stronger foundations in the Greek economy, which is why we have higher endurance and greater dynamics. We turned difficulties into opportunities, and despite the circumstances, we managed together to implement a coherent, dynamic, comprehensive and realistically ambitious plan."

Taking stock of the structural reforms of the Greek economy that have progressed over the past three years, Mr. Staikouras assured that "we continue with the same vigor our reform work, now making use of other important tools, such as the Recovery and Resilience Fund, an important development tool with specific schedules". He also noted that the largest percentage of investment resources that will be available to Greece in the coming years will come from the NSRF, "so, let's not forget one tool and focus on the other, because we will have 12 billion euros per year in the next five years, when until today we had half the resources". That is why "we must work hard, methodically, with prudence, coherence, realism and insight".

As he added, the reforms aim at "a productive, efficient, effective digital and above all just state, a state that will take care of and intervene for the optimal functioning of the market mechanism, ensuring the maximum possible economic efficiency and the socially just distribution of income and the wealth produced".

Speaking about the productive reconstruction of the country, Mr. Staikouras pointed out that Greece records investment and export records every year. “This year, in the first half of 2022, we have as much foreign investment as we had in 2021, while in 2000 we had a decade-long record. This year our exports, mainly to Northern Greece, are at 41% of GDP, when a decade ago they were at 20%. For the sustainability of growth, this means that even if something is not going well here internally, businesses have built strong dykes worldwide, we have passed all the countries of the South in percentage and have reached Portugal. Essentially, for two years now, the growth of the economy has been sustainable, we have a very large increase in investment and exports, which can and does give lines of defense to businesses to be able to cope with other major difficulties", he explained.