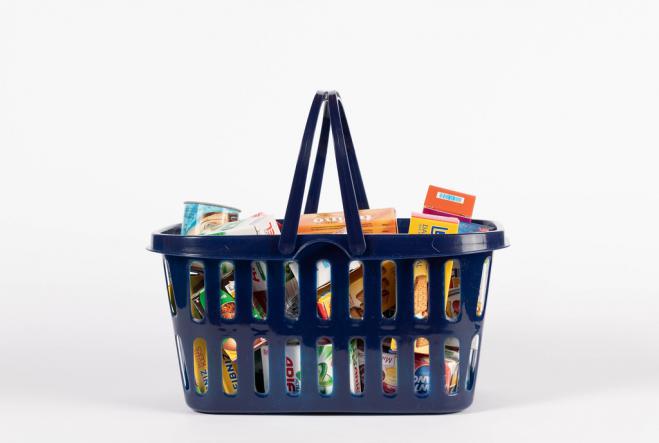 Harmonized inflation in Greece "fell" to 9.8% in October, according to Eurostat data. At the same time, the consumer price index in the eurozone increased by 10.7%, setting a new record.

For the month of September, inflation in the Eurozone climbed to 9.9%, while it was 10.9% in Europe. According to the data of the Hellenic Statistical Service, inflation in Greece reached 12% in September 2022.

It is worth noting that the rise in prices is led by energy with 41.9%, followed by food, alcohol and tobacco with 13.1%, non-energy industrial products with 6% and services with 4.4%.

Among the eurozone countries, it is estimated that the highest annual inflation rate will be recorded in Estonia, where it will reach 22.4%, followed by Lithuania with 22% and Latvia with 21.8%.

Based on projections included in the draft budget, inflation will fall to 3.1% in 2023 from 9.1% this year.

Foundation for Economic & Industrial Research (IOBE) foresees that prices will remain on an upward trajectory this year, in the region of 9.7%, mainly due to the strong rise in energy product prices, but also consumer demand. For 2023, and taking into account the assumptions and trends shaping the prices, it is predicted that the General Consumer Price Index will strengthen in the region of 4.2%.

However, regarding inflation in Greece, the IMF estimates that it will take be around 9.2% this year – based on the harmonized consumer price index used by Eurostat – with average levels declining to 3.2% in 2023 and further to 1, 9% in 2027.

It is worth recalling that based on the official data of ELSTAT for September, there was an "explosion" of 332% in natural gas prices, followed by those of heating oil with 65.1% and electricity with 30%, as regards energy.

They wager of the "household basket"

With food increases showing no signs of slowing, the government is betting big on the "household basket" to contain inflation in the next two months.

It is characteristic that in the nine months January - September 2022, according to NielsenIQ, the increase in the average selling price of bread and pasta amounted to 13% and 10.1% respectively, while in the case of seed oils average prices increased by 38 .9%.

The change in the average price in the stationery sector and in all the main categories that make it up was also significant, with the average price of kitchen rolls increasing by 15.6%, while for toilet paper the increase reached 12.7% .

In relation to the eurozone, the ECB now has the difficult task of trying to balance the need to reduce the very high inflation which in the eurozone is running at around five times the 2% target. The Fed has a similar dilemma, with the two central banks however currently moving at full speed towards a more restrictive monetary policy.

The ECB's push to raise interest rates to prevent consumer prices from spiraling out of control appears to be the top priority of President Christine Lagarde and other members of the central bank, even as the risk of recession looming closer than ever. This is the reason why it raised interest rates by 75 basis points on Thursday.