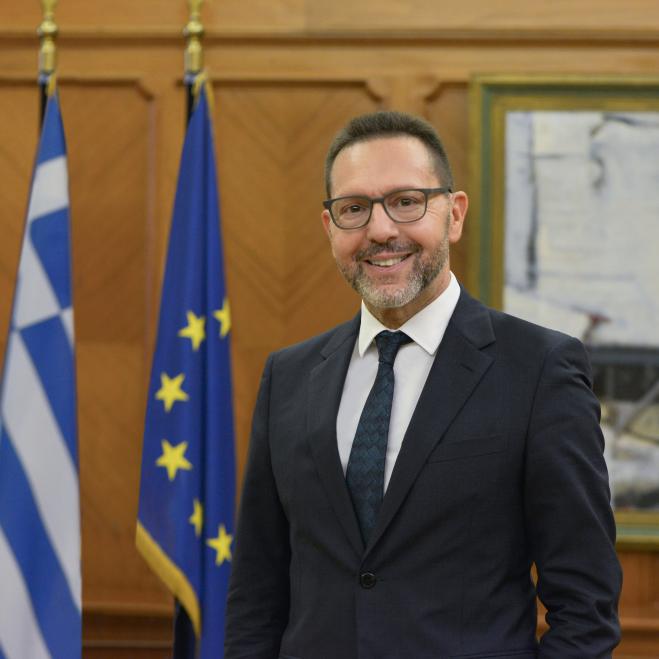 Handelsblatt's online edition hosts an interview with the head of the Bank of Greece, Yannis Stournaras, about the economic developments in the eurozone. As the newspaper's correspondent in Athens points out, the central banker "unlike many of his colleagues on the Governing Council of the European Central Bank, sees a rapid de-escalation of inflation".

That is why he calls on the ECB to focus more on the risk of financial crisis when drawing up its monetary policy". Yiannis Stournaras explains in detail the reasons why he appears optimistic: "The distortions in the supply side are gradually receding. At the same time, the rise in prices for energy and raw materials is slowing down. But the slowdown in growth also reduces inflationary pressures. The gradual normalization of monetary policy will bring inflation back within the target we have set."

Referring to the Greek economy, the central banker argues that "fiscal imbalances have been corrected", but "we should remain vigilant, especially regarding the impact of inflation on competitiveness and the current account balance". Answering the question, if there is any danger for the servicing of the Greek public debt, he points out: "Not in the immediate future. But in the long term, limiting the risks to debt servicing will depend on the continuation of a prudent fiscal policy and the implementation of structural reforms."