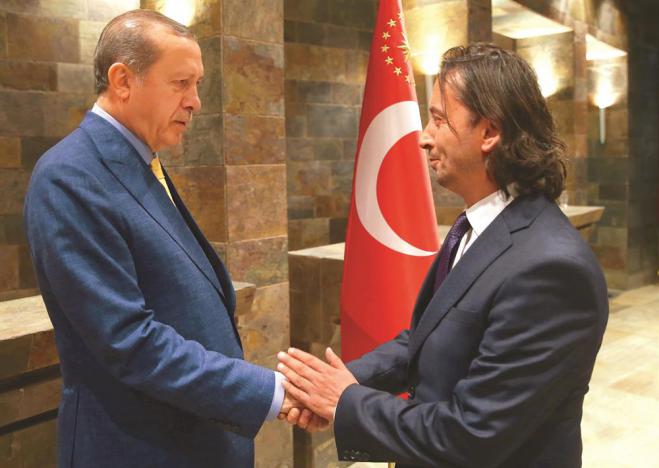 Turkey has become an authoritarian state flirting with militarism, bent on ethnic cleansing, revisionism of existing borders, and a resurgence of Ottoman hegemony over the broader region. In its efforts it has sought to manipulate its rhetoric accordingly. Now the NATO member and EU aspirant member has laid bare what it really thinks of the West.

Yeni Şafak editor-in-chief İbrahim Karagül, known for being the "Goebels" of the Erdogan regime has once again gone off the edge, with an op-ed piece, which he entitles: "Trump said: ‘We got Syria’s oil, let the others fight’... The foundation of Western civilization is built on genocide, theft... London, Paris, New York and Rome were all built upon atrocities and blood... It’s pride, racism, torture, greed, theft... Well, we say let them hunt you down by that oil well"

Eric Hoffer once said: "Rudeness is a weak man's imitation of strength."

One can easily guess where he is going with this. As he explains: "Don’t pay attention to Trump’s ‘crazy’ talk. Western political understanding is based on plundering." This is like the pot calling the kettle black. A nation that claims as its territory lands inhabited by indigenous peoples that it destroyed through genocide, ethnic cleansing, atrocities, and forced migration has the gall to call out others on such issues.

"...This is the basis of Western political understanding. This is the basis of their concept of democracy. This is the foundation of their idea of humanity and freedom." says Karagül, using words which currently have no meaning in his country, and easily forgetting that all the cities within the borders of contemporary Turkey were built by others and that they took them by force after much killing, rape, and plundering.

"London, Paris, New York, Rome all founded on grief, blood. Western civilization is built on colonialism, plundering, injustice, oppression and blood," says Erdogan's puppet, deriding western civilization and dismissing Turkish enslavement of the whole of the Middle East and the Balkans, and the efforts to capture Europe through invasion (stopped only by military defeats at Vienna and Lepanto).

Karagül distinctly separates Turkey from the 'genocidal, imperialist, colonialist' West, painting it in the colors of a democratic, peace-loving, all-embracing humanitarian state, the only care of which is to propagate its benevolent ideals.

Erdogan's mouthpiece wrote the piece in reaction to Trump's inflammatory (to say the least) rhetoric concerning Syrian oil wells “We took the oil, the rest does not concern us.” But there can be no mistake. What Karagül is actually moaning about is that his puppet master did not get the oil for himself, as he had done with the oil looted by his ISIS friends which he got at bargain prices and traded on the black market, distorting global oil prices

Essentially, what Karagül is telling us is that the West is an awful place devoid of all what we call "western values" nd that essentially Turkey and whoever it considers its friends are the guardians and protectors of humanity against the depravities of Europe and the US.

An open foe may prove a curse but a pretended friend is worse, said Ben Franklin. Perhaps it's time the West did something about the insidious snake egg, Erdogan is hatching before it's too late.

Read the whole of the rabid tirade HERE