She let her music talent be her leader and, before she realized she was a ...professional. This is, in a few words, the story of Yuli Asimakopoulou, who entered the "heart" of the Greek musical scene step-by-step, or perhaps we should say song-by-song. From the youthful song "Love me/ "Na me agapas", which turned out to be her first hit song, until today, young Yuli developed and evolved, being able to perform equally well Greek as well as English songs. In fact, she does not hide her desire to be able to sing soon for the Greeks of North America with whom she also has family ties.

You started with your sole purpose being a "professional" and member of the new generation in Greek music or were you just thinking "Let me start with song and music and...see what happens?"

To be exact, I thought none of the two. Actually, while singing becoming a professional was something that just happened, while I was doing music for my personal enjoyment. So, it just came up somehow. There was no moment where I clearly decided how I would manage this or how to pursue this.

The song "Love me/ Na m' agapas" was quite a hit. Is it good for an artist to identify so much with a song or is that a threat for the artist to be "trapped" in stereotypes?

That's a perfect question! You're right on both counts. Firstly, having a song become a big hit as you say, it immediately satisfies the dream that we have as people involved with performing arts and the recording industry. As far as stereotypes, yeah I'd say it happens. But I imagine that it relates mainly with the overall course and not just one isolated hit.

Which is harder of the two for someone entering your area? Unlocking the door and taking a chance with a professional start, or becoming special on the way? 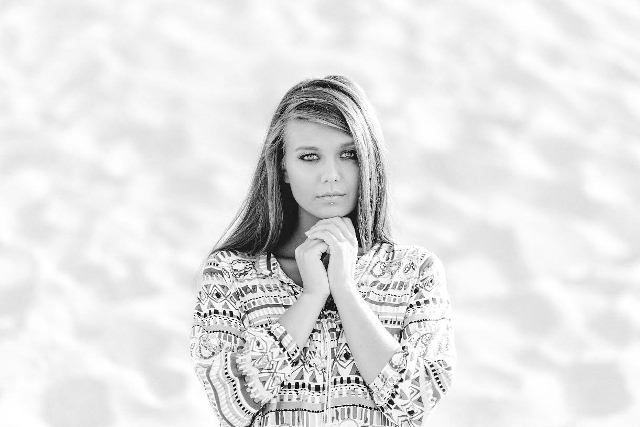 The chance to unlock the door may be given a little more easily; nevertheless it also requires a great deal of luck and at the same time you must be at the right place at the right time. Becoming special on the way is something that depends not so much on luck anymore, but it depends on you, which is the really hard part.

Let's go to "real time" for a little. You last good work is the song "Spell," in cooperation with the BeatGhosts. Give us some more information about the piece as well as for the video-clip where you have the lead role.

This specific song is a favorite Pop-dance (house) by Greek producers, the Beatghosts, They offered me to sing the song while they nearly had finished it and it was intended for me without even proposing it to me yet. I heard it and it 'clicked' for me and you see the result. The video-clip was shot at Ymmitos hill by George Ant and we had some great moments with the guys and the entire group. It was released by FeelGood Records – Voice Entertainment.

This piece, like some others that you performed in the past, is in English. Are you trying to address an international audience too? Have you flirted with the idea of "taking a chance" abroad, even if at the level of being recognized and getting a profile you would have to "turn back" to a different market?

The good thing with Dance & House music is that there are no limits with audiences. It can address in addition to the Greek public, to other audiences, but also globally as a Greek production. Since we have more and more talented Greek producers and performers in the music field, although the bet is considerable, it's worth the effort. All of us that do this kind of music, we have as our ultimate goal to have it travel abroad. Yes, of course I'm flirting with this idea as well frequently and it's a big dream of mine. 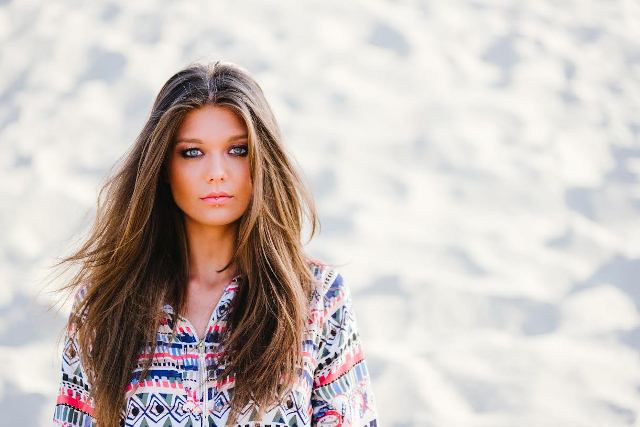 Have you accepted some proposal or do you keep at the edge of your mind as a thought to make an appearance abroad, for the Greeks in North America or elsewhere?

I have accepted a proposal in the past for me to accompany a major artist in America – Australia but it didn't work out in the end; I hope this music trip happens soon. I really want so much to do this. I love travel, much more when I can combine it with music. Another trip that I really want to hurry up and do is to Canada where my beloved relatives live permanently and they haven't had a chance to see me live yet.

I will come back to the English singing and I will have another thought. Apart from possible cooperation abroad, have you imagined yourself on Eurovision? Would you like to try if you were given the opportunity?

It would be a great honor for me if the Greek public happened to choose me to represent them. Then I would do my very best to try this backed by a very good song. 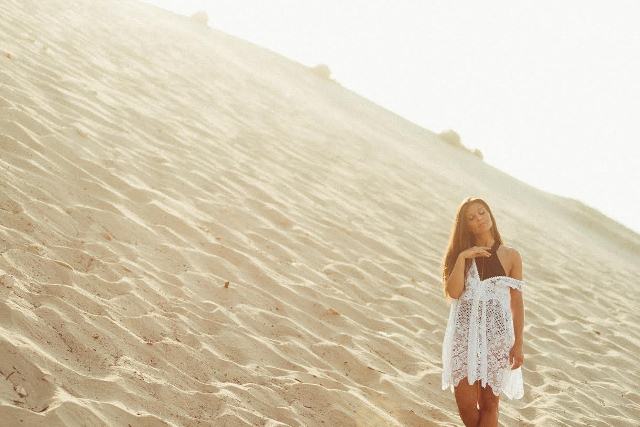 Since every minor or major experience in our life is likely to influence our personality (our way of thinking evolves), I would like your most sincere and unprejudiced response to the following question: What changed with you along with your gradual development with signing and all of its associated effects?

What did change is that I realized my deeper need to say beautiful songs and to live with joy and to be touched by singing. I don't want to think what steps do I need to follow in order to have a good career, but which way can I be happier. As a person more generally, I have matured and become more sensitive through my contact with the art and it gives me opportunities for new experiences. I think that it has contributed a lot to my emotional intelligence.

Talk to us about the program at the "Teatro" where you will be appearing this year.

I am very lucky because we managed, within a relatively very short period that I appear in the program to unfold several of my musical elements. From pop-dance and funk to rock and artistic (Greek & foreign songs) that contribute to my program.

They say that music, just like any form of art, is like "love" that you cannot get over easily. So, today you are studying Physical Therapy. Could you imagine Giouli, sometime in the future with your own Physical Therapy practice, away from signing and music?

I would like this love that I feel for music as you very well described, to become a mature love so that it can exist normally and consciously in my live. However, I have realized from a young age that the arts and health are the fields that I want to be involved with, whether professionally or as a hobby and mainly as a way of life. In which case, yes I could imagine myself working as a physical therapist but never away from music. It would be like polling out a part of myself and I don't think it would really serve me if I separated from it. 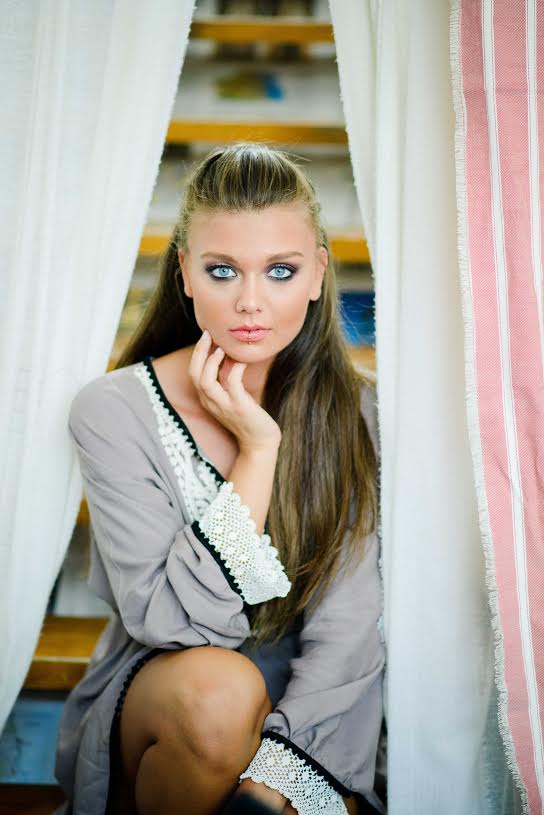 How about a wish for the future?

I wish that this year bring to all the people as well as to me what is really the best for anyone in order to lead a happy and fulfilling life. 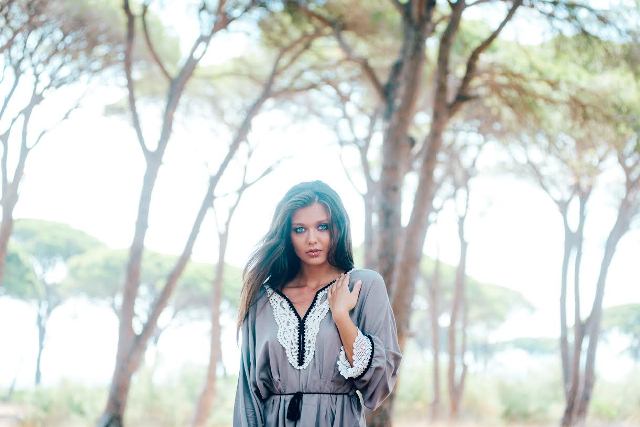 She adores: Her niece - Elena

She enjoys: The moon, the sun, the sunrise & sunset with loved ones on her side but also alone

She despises: Anything not true

What does she do today: She lives in Athens, she's involved with music and she's discovering the magic of this city.

Food: Spaghetti (past in different variations) 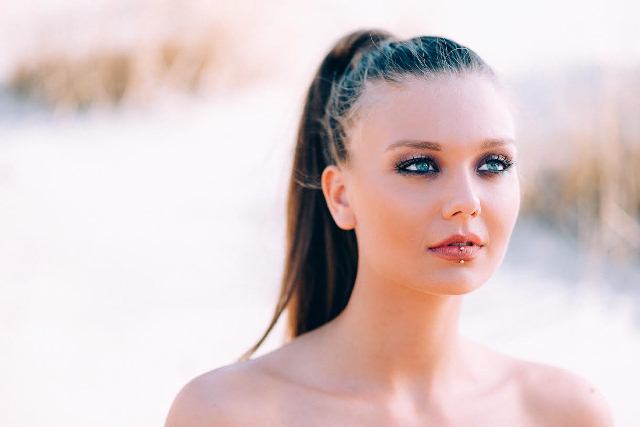